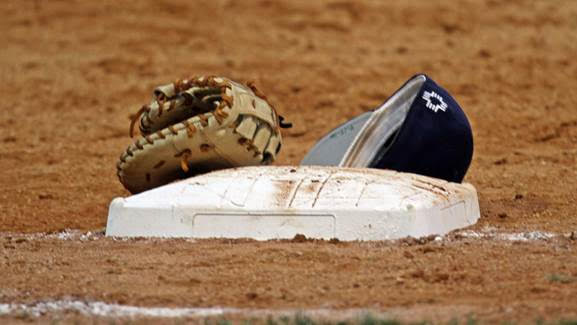 STERLING, Kan. – It took contributions from up and down the roster on Tuesday (Feb. 11) as the Concordia University baseball team had chances to win both ends of the latest doubleheader. The Bulldogs rallied back for victory, 6-5, in the second game after a 5-4 loss in game one, salvaging a split with host Sterling College (Kan.). Concordia quickly turned around after a four-game series this past weekend at McPherson College (Kan.).

The temperatures are still a bit raw, but head coach Ryan Dupic’s squad is happy to be playing ball this time of year. The Bulldogs are now 4-2 on the young season.

“I’m proud of what our guys did,” Dupic said. “We were without Wade (Council) and Keaton (Candor) and still don’t have Ryan Moormeier available yet. We’ve been working through a lot of things, but I’m proud of our bench. Everyone played a role from Christian Clear to Noah Janssen to Peyton Scott to Jose Cevallos and Carlos Benavides and so many others. I’m glad we had a chance to play today because we’re learning a lot about our guys.”

Concordia eked out the second game while mixing and matching with the pitching staff. The Bulldogs trailed the contest 4-0 at the end of four innings. They then came alive with three runs in the fifth, two in the sixth and one in the seventh. Jayden Adams scored the go-ahead run in the sixth on a wild pitch before the Warriors (5-4) came right back to tie it in the bottom half. Jakob Faulk then supplied the game-winning RBI single in the top of the seventh.

The Bulldogs like their chances when they can get the ball to closer Ryan Samuelson with a lead late in the game. He struck out the first two batters he faced prior to allowing a two-out single. Samuelson recorded the final out on a fly to left to wrap up the day as darkness began to consume SC Baseball Field. Samuelson was the last of eight pitchers to toe the rubber on Wednesday for Concordia.

“It’s great to have them get out and get their feet wet,” Dupic said. “We want to see how they handle the moment and how they execute their pitches. We’re learning something every time out. Today was a big step forward. It’s nice to see a lot of guys out there and get a feel for what they can do.”

Shane Whittaker and Alex Delgadillo were the starting pitchers for the Bulldogs at Sterling. Benjamin Coldiron and Thomas Otte combined to work three scoreless innings and total a collective six strikeouts. Zach Pinkerton was credited with the game two win after an inning of work. The hope is to continue to develop depth after Jason Munsch and Nick Little.

In game one, Concordia’s last out came with runners on first and second. Three-straight walks with one out in the top of the seventh had given the Bulldogs hope of rallying for the victory. In that contest, Adams and Thomas Sautel both went 2-for-4 with an RBI. Janssen also came through with an RBI single. In game two, Faulk and catcher Beau Dorman collected two hits apiece. Dorman homered to lead off the fifth for the team’s first big fly of 2020.

In continuing action in the state of Kansas, the Bulldogs are slated to play twice on Saturday and twice on Sunday at Laughlin Field in Atchison, home to Benedictine College. In addition to playing Benedictine, Concordia will also take on the University of Saint Mary as part of the weekend road trip.