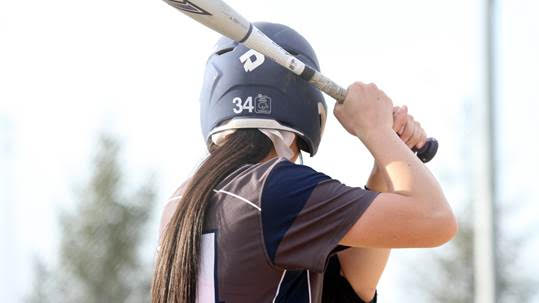 KISSIMMEE, Fla. –  Contributions came from up and down the roster as the feel good vibes continued for the Concordia University softball team during its spring break stay in Kissimmee, Fla. The Bulldogs pounded out a combined 33 hits and paraded around the bases for 31 total runs in wins over the University of Michigan-Dearborn and Fisher College (Mass.) on Wednesday (March 11). Concordia triumphed by scores of 8-3 and 23-2 (five innings).

Head coach Shawn Semler’s squad has rolled to eight-straight victories, including each of the last six in Florida. The Bulldogs have moved to 11-1 overall.

“We saw this team (Fisher) earlier down here and we thought it would give us a great chance to get a lot of kids some opportunities,” Semler said. “And it wasn’t just for one at bat, they got to play for a whole game. It was good for Shelby Ziegler. She had a really nice game and certainly improved the way we think of her.”

Concordia actually had to come from behind in Wednesday’s first contest, which put it up against Wolverine-Hoosier Athletic Conference member Michigan-Dearborn. Down 3-1 after three innings, the Bulldogs took the lead for good in the bottom of the fifth. Savannah Robertson knotted the score, 3-3, with a sacrifice fly and Camry Moore singled in the go-ahead run. Concordia then broke the game open with a four-run sixth highlighted by Robertson’s two-run triple.

Moore was the biggest star versus UMD. In the circle, the Crete High School product allowed only one earned run (no walks) in a seven-inning complete game. At the plate, she went 3-for-4 with a home run and two RBIs. Red hot Hhana Haro also went 3-for-3 while burning Wolverine pitching. Haro also got the offense rolling in the second game by drilling a three-run shot.

Semler is feeling better and better about the lineup he writes up each time out. Said Semler, “Our D hasn’t helped us at times. We’ve cost ourselves in certain situations, but our lineup is making up for it. You have to get through our lineup three times and that’s really hard to do. They put us in position to score a lot of runs. It’s hard to stop those kids. When we get behind it’s just like, we’ve got this.”

Haro’s aforementioned homer came during a 14-run explosion of a first inning that shell-shocked Fisher. The Bulldogs brought 20 hitters to the plate in the frame and collected 12 hits while taking advantage of three errors. A whopping eight Concordia players notched two or more hits in the rout. Ziegler, who started in center field, went 4-for-5 with three runs and two RBIs. Creighton Taylor went 3-for-4 with three runs and four RBIs while Kaetlyn Todd chipped in three hits and drove in two runs.