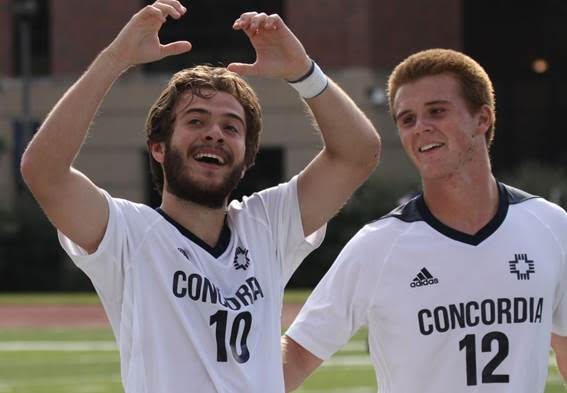 SEWARD, Neb. – The Concordia University men’s soccer program has grown accustomed to being in the mix amongst the top four spots of the GPAC standings. Under head coach Jason Weides, who enters his 12th season in 2019, the Bulldogs followed up their 2015 GPAC tournament title with three-straight seasons of top four league finishes. On Wednesday (Aug. 7), the conference unveiled its preseason men’s soccer poll that showed Concordia in a tie for third with 91 points.

The Bulldogs have lost some key pieces from the backline and their goalkeeper from last season, but they return 2018 second team All-GPAC honorees in Carlos Ferrer and Roger de la Villa. During last fall’s action, Weides moved past 100 career coaching victories while leading Concordia to the semifinals of the GPAC tournament. The Bulldogs went 10-5-4 overall and placed fourth in the GPAC standings.

The entire league continues to aim to unseat powerhouse Hastings, which is again the favorite to win the GPAC title. No players on the current Concordia roster experienced the thrill of upsetting Hastings in the 2015 GPAC championship clash. For seniors like Ferrer, the 2019 campaign represents the last chance to climb to the top of the mountain.

The new season is set to get started with a trip south for a matchup with Oklahoma City University on Saturday, Aug. 24. The first home contest of the season is slated for Aug. 27 versus York College.