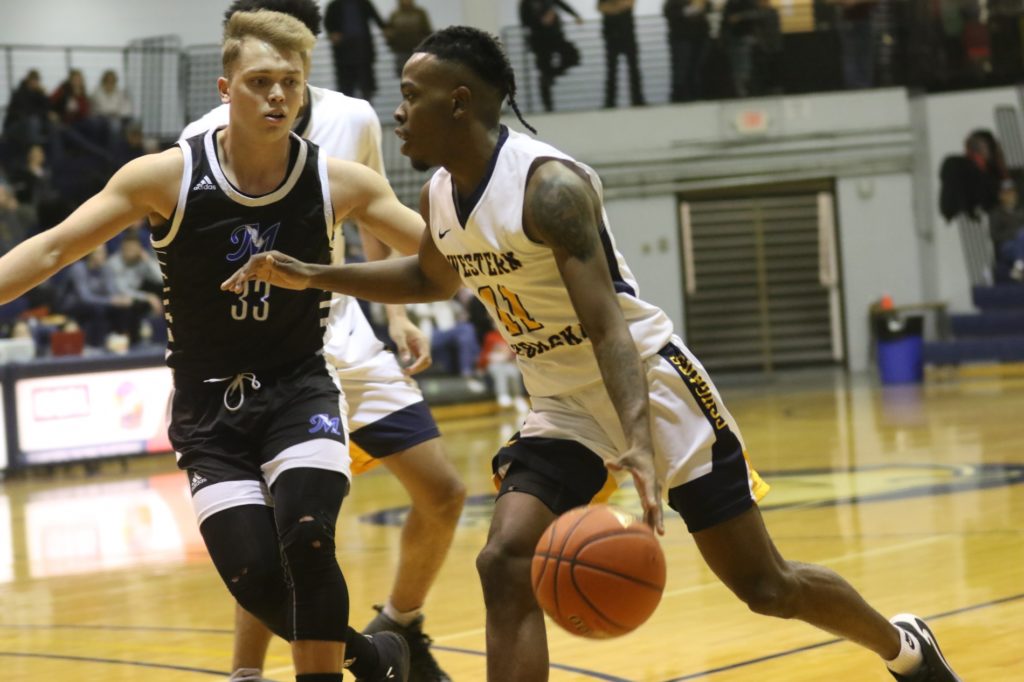 The win moves the Cougars to 11-6 on the season and evens their South sub-region record at 1-1. The Cougars will look for win number two in the sub-region when they travel to North Platte Community College Saturday evening.

The win was huge in how the Cougars bounced back to get the win trailing 46-37 at halftime and 71-62 with just over 10 minutes to play.

Assistant coach Billy Engel said the players battled hard and it took some adversity to wake up the Cougars.

WNCC was not looking sharp late in the first half and early in the second half. WNCC head coach Cory Fehringer got two technicals in the second half and McCook’s Juan Costello hit four free throws to give the Indians a 58-47 lead.

WNCC started to ignite after those technicals and Engel said the team came together.

“We did [come together after the technicals]. It is sad to see Coach Cory leave that way, but this team came together for him,” Engel said. “Teddy went crazy and hit a couple shots. We are glad to get that win for Coach Cory.”

Kenny Strawbridge started the rally hitting two treys after the technical to cut the lead to 58-53. McCook kept answering every bucket the Cougars made with ones of their own and led 71-62 at one time. That was when Allen went wild, hitting four straight 3-pointers and then knocking home two free throws with 5:37 to play to bring WNCC to within 83-80.

Allen then hit another trey with 3:50 to play to knot the contest at 87. It was the first tie since Jarred Rosser had a dunk to tie the game at 33-33 late in the first half.

WNCC took the lead 50 seconds later when Strawbridge nailed a trey with 3:05 to play to give the Cougars a 90-87 lead. McCook answered with a trey of their own by Costello. WNCC came back to take the lead for good on a Tayler Johnson 3-pointer and picked up the win as Allen hits a bucket and then converted four free throws for the win.

WNCC had five players in double figures. Allen led all scorers with 37 points with five treys and going 10 of 11 from the free throw line.