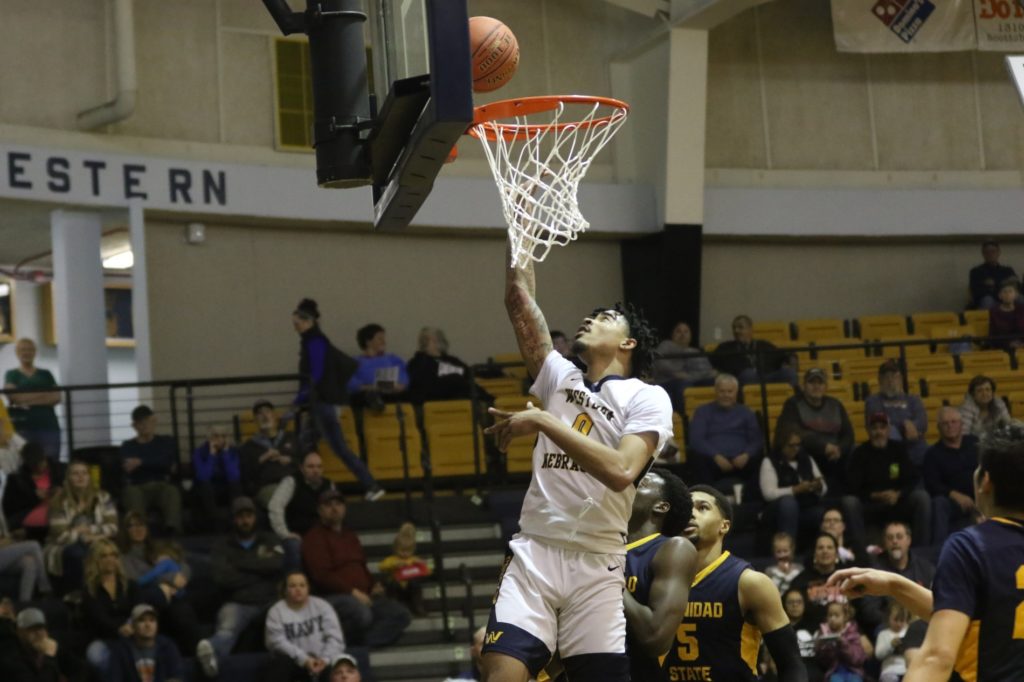 The win was one where the Cougars trailed most of the night, including a 40-29 halftime deficit and then trailed by 10 points, 70-60, with under 10 minutes to play.

The Cougars stayed the course and came back with tight defense and clutch shooting to get the win.

Williams, who hit the go-ahead shot with 14 seconds to play, said it was a good win for his team.

“It was a hard fight and coach told us to keep defending and rebounding and just trust the offense,” Williams said. “As long as we stayed together and committed, we are hard to beat.”

The win was an emotional lift to a Cougar team that didn’t shoot very well. The Cougars only shot 26 percent in the first half compared to 44 percent for Trinidad. The second half was much better, shooting 54 percent but Trinidad still sizzled the nets at 56 percent. The key was hitting clutch shots when they need and many defensive stops in the final two minutes when WNCC needed it the most.

“We had a shaky first half and coach told us to keep playing because we were wide open and he knew we would make it in the second half,” Williams said. “He wasn’t really mad at us because he told us we missed a lot of wide-open shots and to keep playing and as long as we played defense, the offense will come.”

WNCC trailed 70-60 before they went on a 11-3 run to slice the lead to 73-71. WNCC tied the game at 77-77 with 4:33 to play on a Tayler Johnson trey. Trinidad kept coming back and had an 87-83 led at one time before the Cougars mounted a comeback. The Cougars took their first lead of the contest since Elie Cadet made back-to-back buckets for an 18-17 lead. This time, the Cougars took the lead at 88-87 on a Johnson dunk with 40 seconds to play.

Trinidad came right back and hit a bucket with under 30 seconds to play. The Cougars retook the lead as Williams hit a 17-foot jumper with 14 seconds to play. WNCC then played intense defense including Teddy Allen getting a key block with about five seconds to play that was swatted toward the other end of the court. The ball rolled out of bounds as time expired to give the Cougars the win.

That defensive stand was huge as Trinidad State won the rebound battle 46-36. But the block was the difference in the game as the Cougars dogpiled Williams after the game for his game-winning shot.

WNCC had four players in double figures. Allen led the way with 39 points along with 10 assists and four steals. Kenny Strawbridge finished with 17 points while Williams had 16 points. Johnson also hit double figures with 11 points.

Williams said they will get back to work to focus on Otero.

“We have to get back into the gym and keep working,” he said. “It was just a real big win and I love my team.”