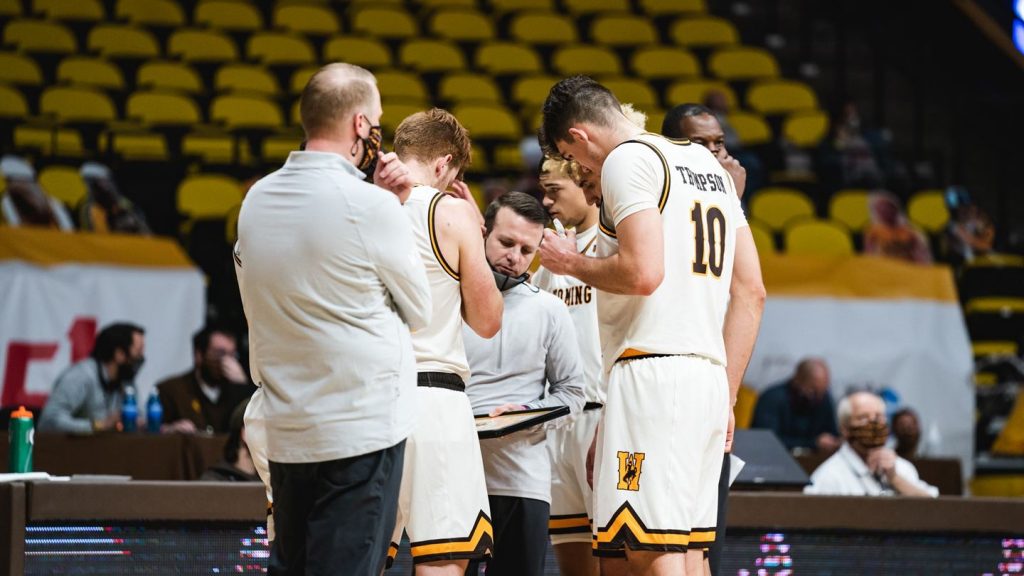 LARAMIE, Wyo. (March 8, 2021) – The Wyoming Cowboys, the eighth seed in the 2021 Air Force Reserve Mountain West Basketball Championship will play ninth seeded San Jose State in the First Round on Wednesday afternoon at Noon MT. It will be the first meeting between the schools, as the games in February were canceled.

Wyoming is 14-10 all-time in the Mountain West Tournament and own a 25-32 record all-time in conference tournaments.

Fans can watch, listen to the contest, as well as follow stats on GoWyo.com. The contest will be broadcast live on radio over the 26 affiliate stations of the Cowboy Sports Network, as Reece Monaco will have the call with Kevin McKinney on color.

The Spartans head into the contest with a 5-15 overall record and a 3-13 mark in the MW, but haven’t played since mid-February. San Jose State has lost four-straight games, prior to that the Spartans had won three-straight. SJSU is second in the MW in three-point percentage defense at 31 percent. Opponents are shooting 44 percent from the field against SJSU for the season.

The Cowboys are led by freshman Marcus Williams, as he was named MW Freshman of the Year by the Conference Media. He averaged 14.9 points per game on the season for No. 12 in the Conference. He also added four assists per game, which ranked fourth in the league. Williams shot 45 percent from the field for the season for sixth in the conference. He also shot 71 percent from the free throw line for tenth in the league. Junior Hunter Maldonado was named Honorable Mention All-MW, as he earned third team honors by the media last season. He is second on the Pokes in scoring this season at 12.3 points per game. He led the Cowboys in rebounds this season at 6.8 per game, which ranked seventh in the MW. He ranked third in the conference in assists per game at 4.6.

The Spartans are led in scoring by Richard Washington at 19.6 points per game, as he was named Honorable Mention All-MW by the media. He is shooting 41 percent from the field and is third in the conference average 2.7 three pointers per game. He is also tied for the team lead in rebounds at 5.3 per night. Ralph Agee, who missed Sunday’s game for the Spartans adds 11.2 points per game and also adds 5.3 rebounds per game.

The Cowboys will face top-seeded San Diego State on Thursday at 1 p.m. MT with a win over the Spartans in the quarterfinals of the 2021 Air Force Reserve MW Basketball Championship.