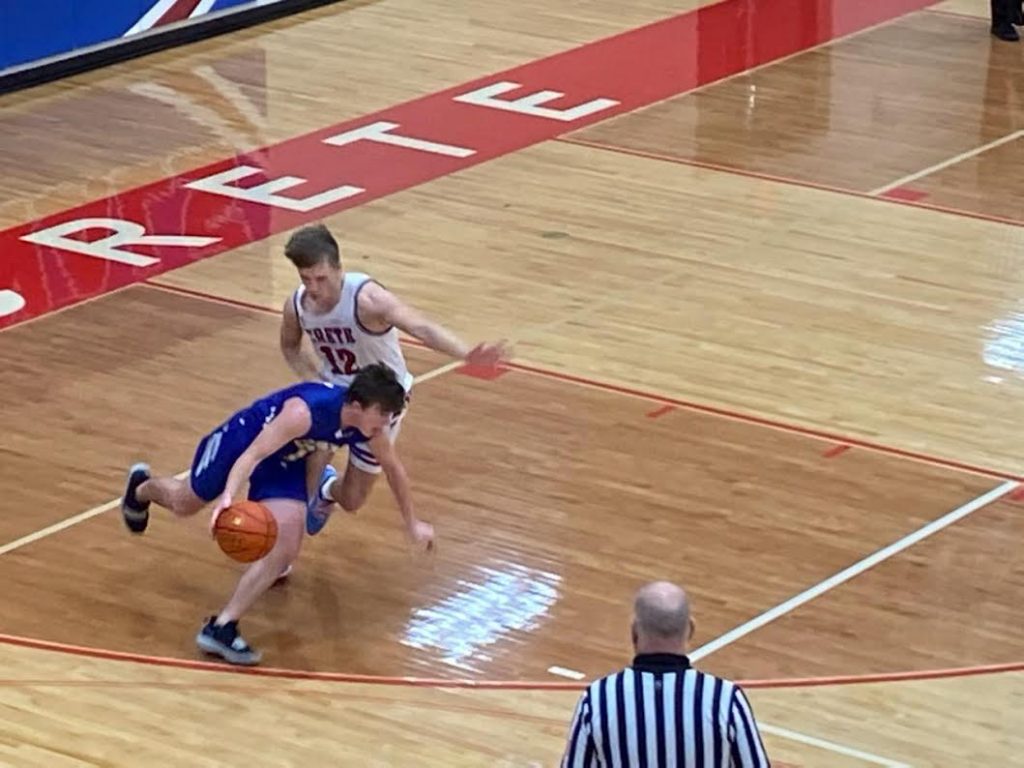 KAWL Photo-Mike Meyer
CRETE – In girls high school basketball action Tuesday evening at Crete High School, the Cardinals knocked off the Seward Lady Jays 60-40. Crete opened up a 16-5 first quarter lead, extended their advantage to 31-16 at the half, and cruised to the easy victory. Seward trailed by as many as 30 points in the contest, but a strong fourth quarter helped them close the gap. Class B 4th-ranked Crete (11-2) was led by seniors Leah Jurgens and Hannah Newton, with 16 and 15 points respectively. Senior Abbey Ringler paced the Jays (2-11) with 9 points.
In the nightcap, the Seward boys led most of the way and earned their second win of the year with a 51-43 road  win over Crete. The Jays trailed briefly at the onset, but quickly took the lead and never trailed again. A strong first-half effort gave Seward a 33-20 halftime lead, and they were able to maintain the lead throughout the second half. The Cardinals pulled to within 8 points in the final period, but could get no closer as Seward (2-11) closed out the game with strong free throw shooting in the final minutes. Seward’s offensive attack was very balanced, as junior Jackson Trost scored 15, including four three-point buckets. Juniors Sam Schroeder and Leighton Limback scored 10 and 9 points respectively, and sophomore Drew Covalt added 8. Crete (3-10) got 14 points from sophomore Mason Crumbliss, and 12 from sophomore Jabin Gardiner.
© 2021 Nebraska Rural Radio Association. All rights reserved. Republishing, rebroadcasting, rewriting, redistributing prohibited. Copyright Information
Share: