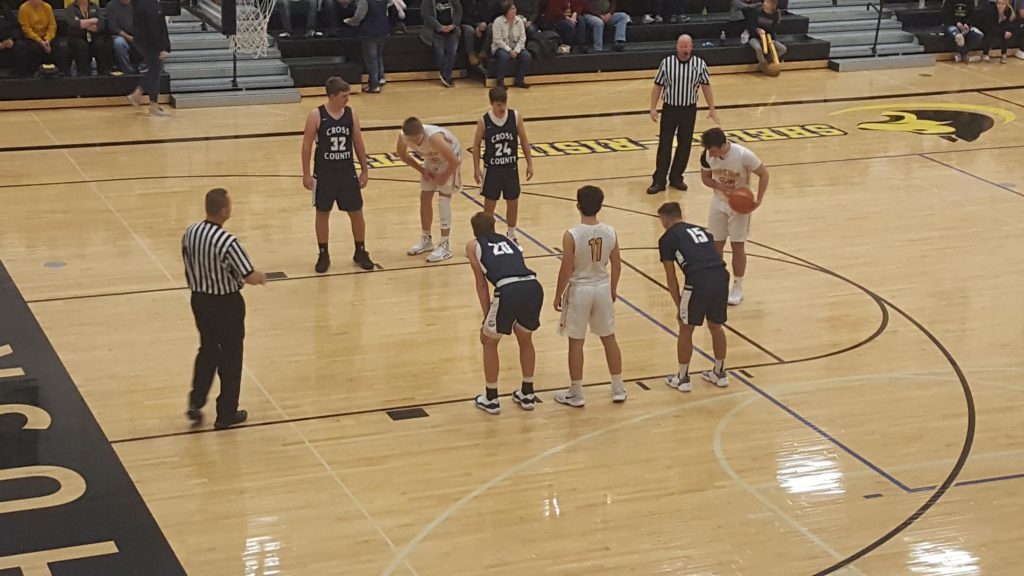 KTMX/KAWL Photo
The Cross County girls basketball team exploded to a 21-0 first-quarter lead and cruised to a 59-27 win over Shelby-Rising City Friday night in Shelby. The Huskies came to life in the second quarter but still trailed 33-11 at halftime.
The Cougars added 26 second-half points, holding SRC to just 16 after intermission, coasting to the easy win. CC junior Erica Stratman led all scorers with 16 points, and junior Cortlyn Schaefer added 15 for the Cougars, now 2-0 on the young season. The Huskies, 0-1, were led by senior Kamryn Pokorney’s 8 points.
In boys basketball action, Shelby-Rising City survived a late comeback effort by Cross County and claimed a 49-41 win over the Cougars. The game was close for the first quarter, with the teams battling to a 10-10 tie. The Huskies outscored the Cougars 14-9 in the second, to go up 24-19 at the half. Early in the second half, the Huskies started to pull away, extending their lead to 12 points, but a Cougar run late in the third quarter closed the gap to 33-31. In the fourth period, SRC pulled away just enough to secure the win.
Shelby-Rising City (1-0) was led by senior Jett Pinneo with a game-high 13 points. Junior Isaac Noyd and senior Cael Lundstrom led Cross County (1-1) with 12 points apiece.
© 2020 Nebraska Rural Radio Association. All rights reserved. Republishing, rebroadcasting, rewriting, redistributing prohibited. Copyright Information
Share: