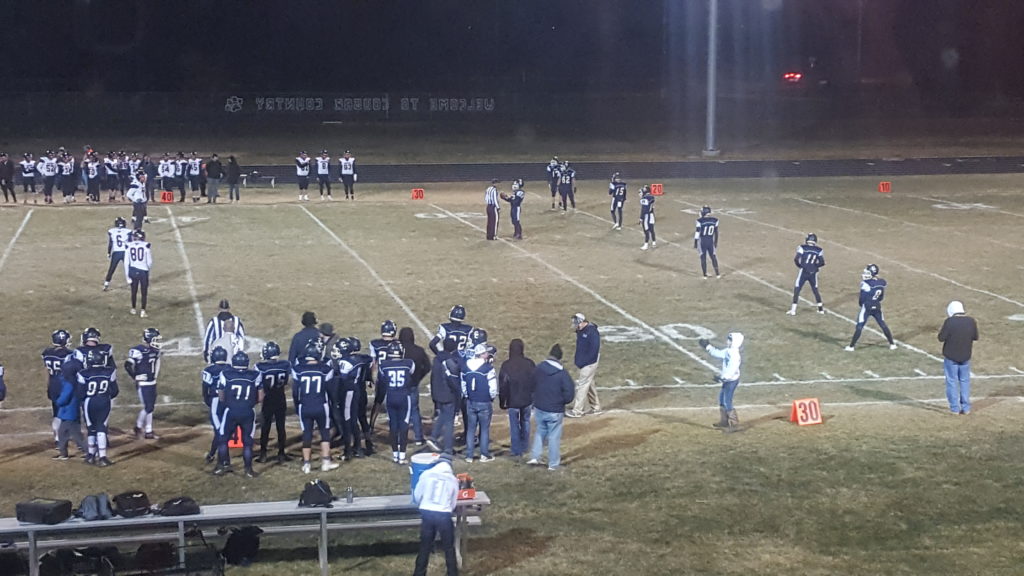 KTMX/KAWL Football
STROMSBURG- There was nothing scarier on Halloween night than the Cross County ground attack, as the Cougars ran all over the Laurel-Concord-Coleridge Bears, picking up a 60-26 first-round playoff win in a game played at Cross County High School.
The Cougars scored on three of their six first-half possessions, including scoring tosses of 40 yards from QB Cael Lundstrom to Carter Seim, and 27 yards to Cory Hollinger, as they opened up a 24-6 halftime advantage over the pass-happy Bears.
But the ground attack was the backbone of the Cross County offense after intermission. On the second play from scrimmage, Isaac Noyd toted the pigskin 60 yards to paydirt, opening up a 32-6 lead. The Bears answered with a 5-yard touchdown pass from QB Ty Erwin to star receiver Noah Schutte, who caught 3 touchdown passes on the night. But a three-yard TD run by Cross County’s Carter Seim, a 20-yard pick-six by Colton Nuttleman, a 25-yard scoring jaunt from Seim, and a back-breaking 72-yard touchdown scamper from Isaac Noyd, put the game away for the Cougars, who were never really threatened in the game.
Laurel-Concord-Coleridge finishes the season 5-4, while Cross County, now 5-4, earns a rematch with BDS in second-round playoff action Wednesday, November 3. The Eagles Beat the Cougars 34-20 in a regular-season clash on October 18.
© 2020 Nebraska Rural Radio Association. All rights reserved. Republishing, rebroadcasting, rewriting, redistributing prohibited. Copyright Information
Share: