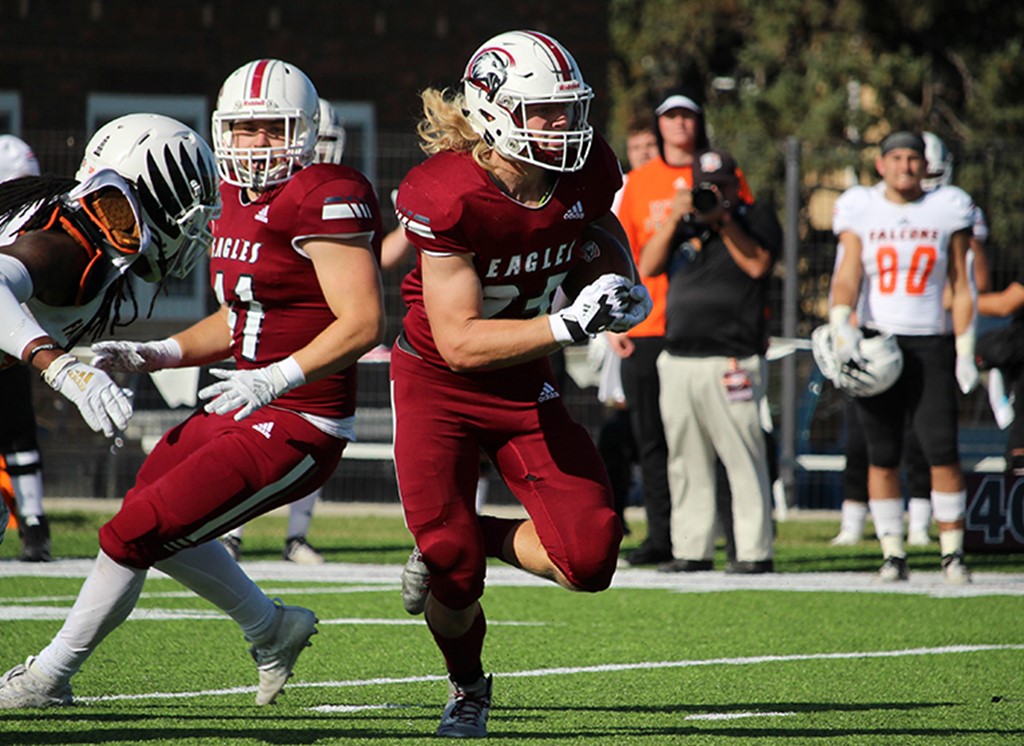 CHADRON, Neb. — Chadron State College football handed out its annual team awards at the end of the fall semester, honoring team members who demonstrated exceptional leadership throughout the 2019 season.

Overall Most Valuable Player honors went to junior wide receiver Cole Thurness, who was named All-Rocky Mountain Athletic Conference as both a receiver and a punt returner. The Rapid City native was second in the RMAC with 64 receptions, and he racked up 814 yards with eight touchdowns receiving. As a punt returner he averaged 13.1 yards per return with one additional score.

The Offensive MVP went to Tevon Wright, of Miami, whose 16 receiving touchdowns in 2019 were a new CSC record. He finished with the No. 2 single season receiving yardage all time for the Eagles, recording 1,146 yards of real estate on a league-best 74 catches. In the process he also set the new career receiving touchdowns mark of 26.

Barthwell, one of the best coverage cornerbacks in the league in 2019, had nine pass breakups and two interception while recording 31 tackles. In addition, he was solely responsible on 29 of those stops.

Lewis led the team with five forced fumbles, tied for most interceptions with three, and finished second on the team with 94 total tackles, including 12.0 tackles for loss.

Earning the Don Beebe Most Inspirational Award was Casper, Wyoming, native Stevann Brown. Recently named a First Team Academic All-American, Brown was the starter at running back and the primary kick returner, accumulating the third most all-purpose yards on the team with 1,085. He was the All-RMAC Second Team kick returner, finishing his career with the fifth-most return yards all-time at CSC.