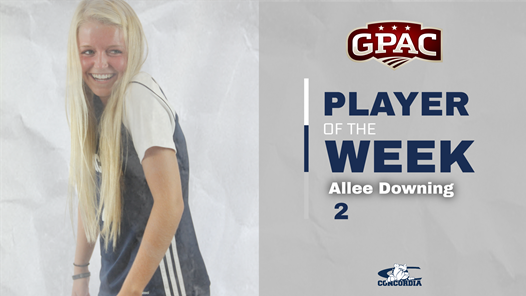 Downing has starred at left back for the Bulldogs, who entered this week on a three-game win streak. A native of Sioux City, Iowa (Sioux City East HS), Downing played a key role for a back line that last week surrendered just one combined shot on goal in 1-0 victories over both College of Saint Mary and Hastings. As Head Coach Thomas Goines noted, Downing (28 career games played) did not allow an opponent to beat her via dribble or service during last week’s action. The strong team defensive effort aided in goalkeeper Lindsey Carley picking up the 20th and 21st shutouts of her career.