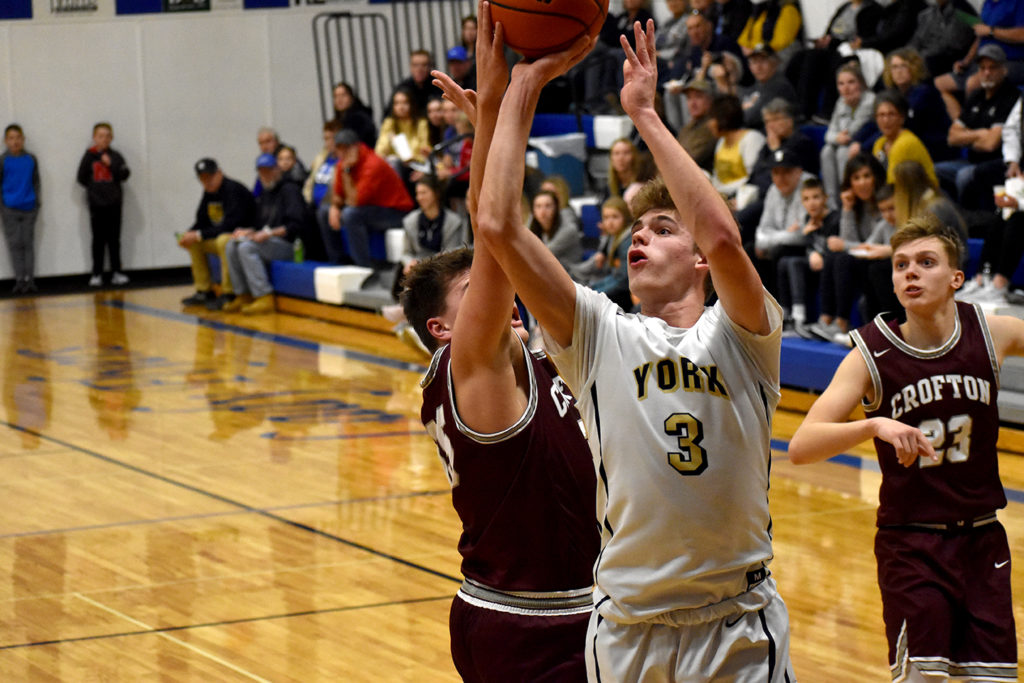 COLUMBUS- It was a close game after the first quarter of play as York led 10-9 over Columbus, but the next three periods went in favor of Dukes as they outscored the Discoverers 60-23 to capture a big win with the final score reading 70-32 on Tuesday night. York used pressure defense and a steady output of offense to take down the Discoverers.

The offense for York was led by three players in double figures. Unofficially Natalia Dick had 26 points to lead York, Maddie Portwine poured in 15 points, and Mattie Pohl had 10.

Columbus was led by Addison Kudron with nine points.

York moves to 2-0 and will face Waverly on Thursday. You can catch the game on KOOL Radio with pregame coverage beginning at 5:50 P.M. Columbus will take on Alliance on Friday.