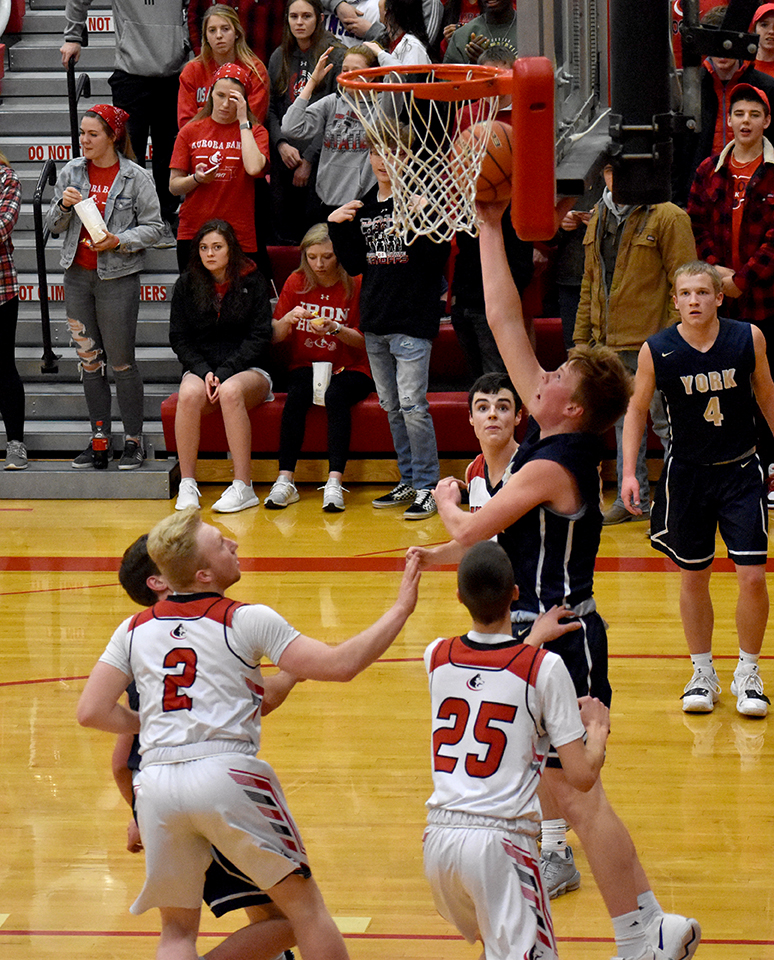 AURORA- York and Aurora battled in the B-6 Subdistrict Final on Tuesday evening and it was the Huskies winning 45-33. York fell behind in the first quarter 11-5, but had a monster second quarter and led 22-17 at the intermission. In the second half though, the Huskies dominated outscoring the Dukes 28-11 in the next two periods.

York was led by Andrew Clark as he scored 12 points. Aurora was paced by Nate Boerkircher with 24 points. York ends the season at 8-16. For Aurora, they are 12-12 and will play on Saturday in a District Final.