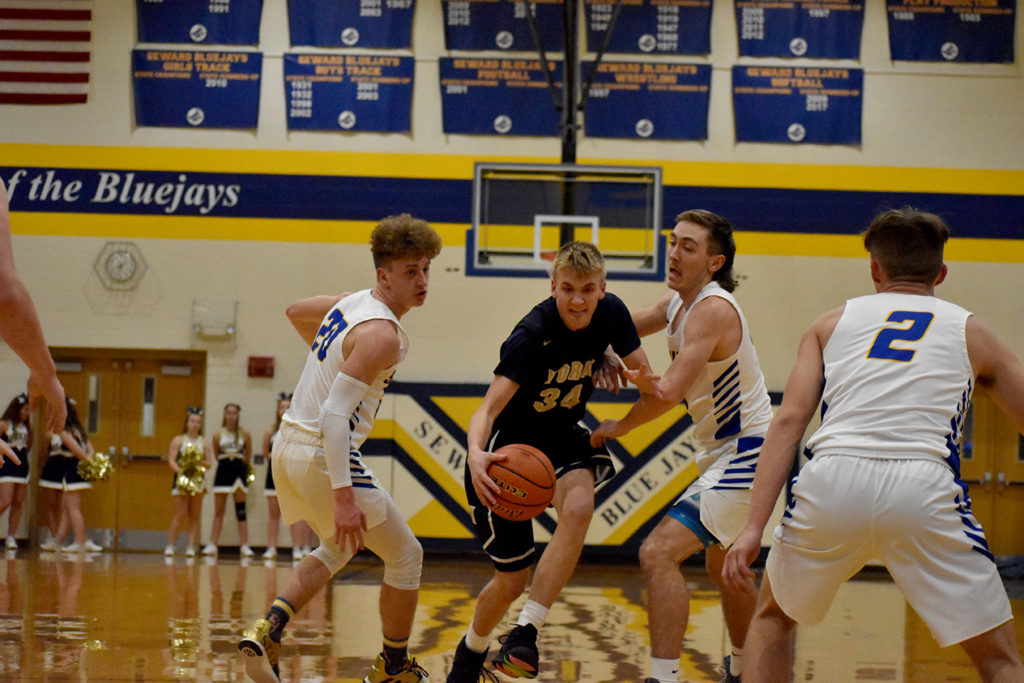 SEWARD- It was a pair of one-point games that the York Dukes Girl’s and Boy’s Basketball teams won in their regular-season finale against Rival Seward. The girls’ game was a final of 44-43 and the boys’ 48-47.

In the girls’ game, York was up by as many as eight points, but the Seward Bluejays kept fighting. The Dukes were paced by Masa Scheierman and her 16 points and the Bluejays were led by Hannah Benedict and her 14 points. Seward falls to 6-13 and will face #1 Crete in the first round of the B-5 Subdistrict on Monday at 6:00 P.M. York moves to 16-7 and will take on Hastings in the B-6 subdistrict on Monday at 7:30 P.M.

In the boys’ game York led 24-15 at halftime, but Seward flipped the script and came charging back. Seward had the lead 47-46 with 20 seconds to go but a backdoor cut from senior Tyler Wright and a beautiful pass from freshman Austin Phinney resulted in a layup with two seconds to go gave the Dukes the lead and ultimately the win.  York was led by Jake Erwin’s 20 points and Carson Tvrdy had 19 for Seward. York moves to 8-16 and Seward falls to 5-14. They will more than likely see each other again in the first round of subdistricts on February 24th.