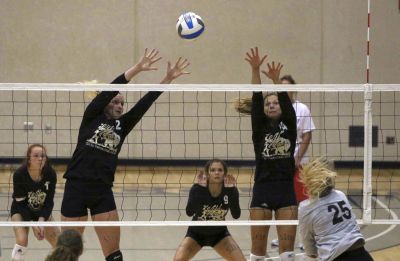 East won on Sunday over the West-Courtesy Photo

Despite spotting the first eight points of the first set, the East team came back to claim a 3-1 win over the West Sunday in McCook Community College’s Wild West All Star Volleyball Classic.

“Whenever you have hand-picked teams like that, we’re looking for a competitive match and — minus the 0-8 run to start the game, this was competitive most of the way” said winning coach Gina Sommer, head coach of Maxwell. Her daughter Janie was also part of the winning team and will play this year for MCC.

Lauryn Samuelson, middle of Southern Valley High School was named Most Valuable Player for the  East. “We had a good choice of hitters, lacking a little in the middle, a ton on the outside, but had a couple them just stepped inside to help us out.” Sommer said. “When you have the right amount of hitters and some nice setting going on it makes it fun to watch.”

The game was pushed back from June because of health concerns and was played Sunday with attendance limited to four “fans for each of the players.