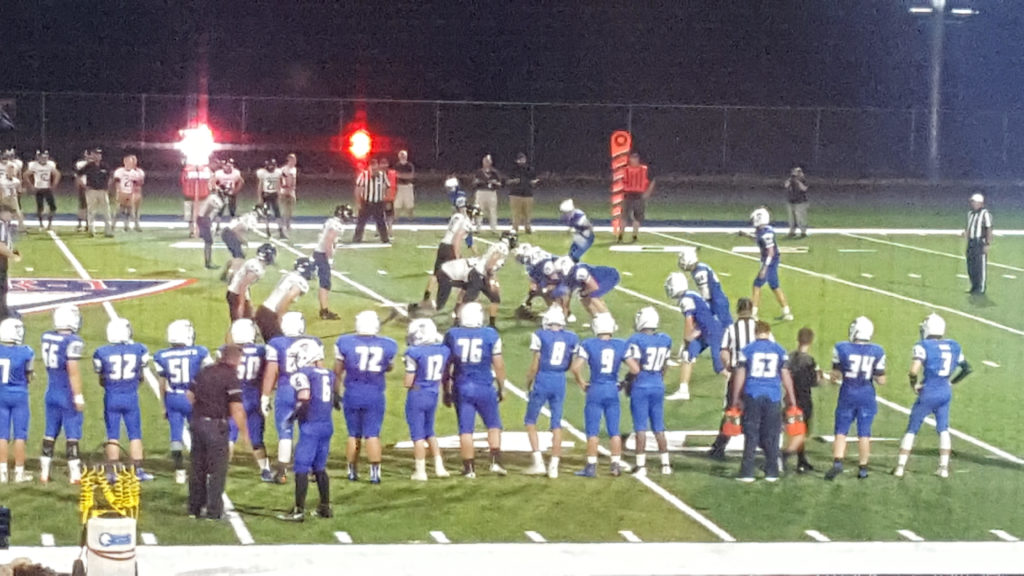 PALMYRA- The Exeter-Milligan-Friend Bobcats traveled to the Palmyra Panthers Friday with both teams searching for its first win and it was the Bobcats winning 25-22. Palmyra opened the game with a field goal on its opening drive. On the ensuing drive for EMF, freshman back Jack Baptista scampered 41 yards for the first touchdown of the game. He led the Bobcat rushing attack with 114 yards rushing. Junior back Casey Jindra only ran the ball four times for 64 yards, but had a 58-yard-touchdown in the second quarter. Offensively for the Panthers, senior quarterback Dominic Darrah found his favorite receiver, sophomore Andrew Waltke, twice in the end zone in the second and fourth quarter.

The fourth quarter touchdown from Darrah to Waltke was the final score of the game. The EMF Bobcats outgained the Panthers in total offense, but were plagued by six turnovers, including a costly pick-six just before halftime.

Pursuit Leads to Arrests after Suspects Hide in Cornfields near Kearney