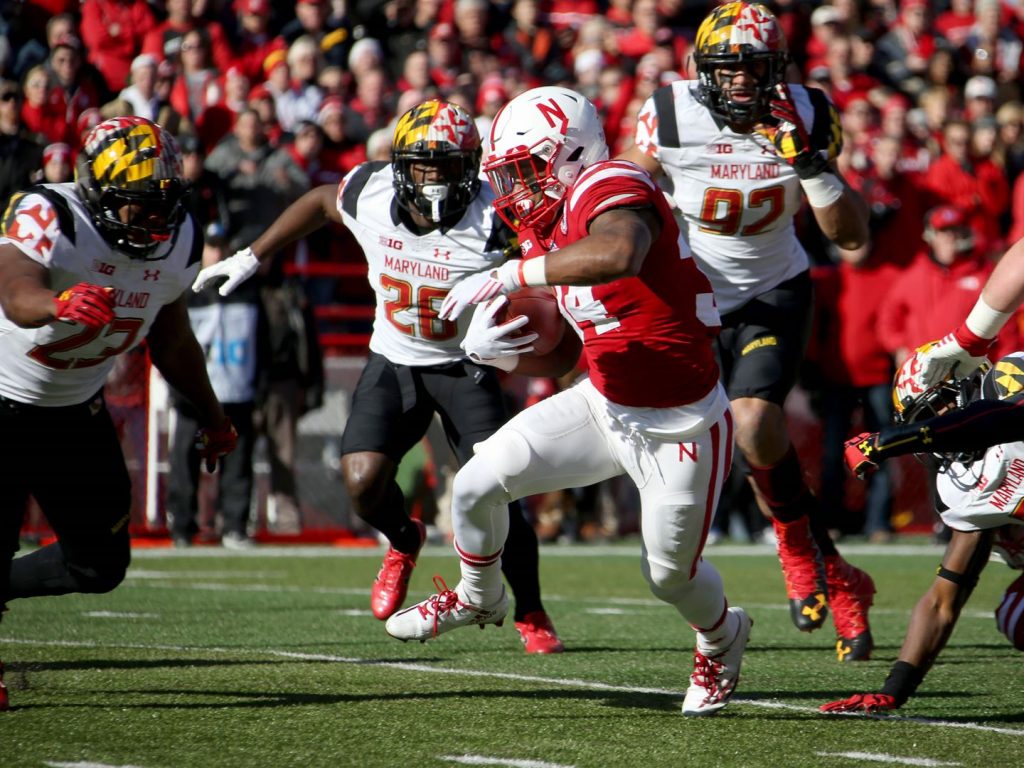 Nebraska football fans will remember Terrell Newby as a competitor, a player who persevered and battled. To wit: Newby, a 5-foot-10, 200-pound running back, didn’t miss a game in his entire career, from the moment he played as a true freshman in 2013. That’s 52 games over four years, the most of any player on the 2016 roster.

True to his character, Newby has continued to battle to keep playing the game he loves – or, as his story now plays out, finding something that resembles the teambuilding and camaraderie he so much enjoyed with football.

Newby, now with his Nebraska undergraduate degree in hand, has decided to serve his country and join the Nebraska Army National Guard. He’s currently scheduled to begin basic training in July in Fort Benning, Georgia.

“Me being away from football, you just miss that grind,” Newby said. “You miss being with your guys and having that camaraderie. The military definitely offers that. There’s no other place that offers that at the highest level.”

“When I was younger, I was like a military brat. I looked up to my dad,” Newby said. “I was so interested in the military, ‘What’s going on, what’s he doing, what’s it take to be a soldier?’ He would talk about it all the time, compare things to the Army, workouts.”

Newby, who closed his Nebraska career with 2,239 career rushing yards to rank 23rd on the school’s all-time rushing charts, chose the military path after his professional football career came to a head-scratching halt. He most recently played with the Salt Lake Stallions in the fledgling Alliance of American Football, a league that folded in April of 2019, only months after its debut.

Newby then returned to Lincoln last summer to finish his degree. Meanwhile, another new league, the XFL, was also beginning. Newby contacted coaches and teams, and he had a workout with the Seattle Dragons that Newby thought went well.

But nobody drafted Newby.

“I got invited to a combine out in L.A., and at the time I was in school in Lincoln, trying to finish up my degree, and I just couldn’t make it,” said Newby, who earned his degree in sociology in August. “It just didn’t work out for me. But I definitely pursued it, tried to go after it.

“I was surprised. I was kind of going around, like, ‘What’s going on?’ It was a definitely a tough time.”

Newby then did some soul-searching before deciding on the military. His father was among the first people with whom Newby discussed his career decision.

“He was very supportive of it and with me all the way,” Newby said. “He talked about his experiences, how it was for him, and he thought it would be great for me.”

While he awaits basic training, Newby is participating in the National Guard’s Recruit Sustainment Program, which gets recruits acclimated to military life. The program is based on the three traits of combat – being mentally prepared, administratively correct and physically fit.

“I want to be all-in and do some hands-on stuff,” Newby said. “That’s why I chose to go infantry and then go to airborne school and officially become a paratrooper.”

Newby is also looking forward to filling a void left by football.

“There’s a lot of comparisons between football and the military, especially playing at a high Division I level,” Newby said. “There’s nothing like it. You’re around a group of hard-working, highly skilled guys all the time and who are great at what they do. It’s just that competitive culture.

“Especially my class (at Nebraska), going through coaching changes, and all of the different ups and downs, having a losing season and then going undefeated for a long while to start my senior season. Just to see that all come together and how hard we worked. A lot of great games, and I learned a lot through all of my experiences, especially playing all four years.”

Newby had the same positive experience in his short stint with the Minnesota Vikings in 2017. He signed as an undrafted free agent and played in the preseason before being cut.

“It was a great experience for me,” Newby said. “I think the Minnesota Vikings locker room is one of the best locker rooms in the NFL. When I was there, everyone was treated with respect. It didn’t matter if you were a rookie or a 10-year vet.

All of which Newby will continue to do while also serving his country.