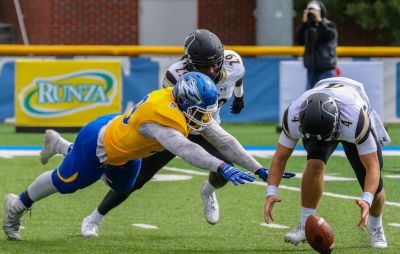 Atlanta-Former UNK Defensive End, Hinwa Allieu will get his shot at the NFL dream as the Atlanta Falcons have signed him as an undrafted free agent. Allieu helped turn around the UNK program the last three seasons. He was named All-MIAA three times and helped UNK to a winning record this past season and a bowl victroy. The 6’5 290 pounder from Gaithersburg, Maryland finished his Loper career with 160 tackles, including 24.5 tackles for loss and 15.5 sacks.