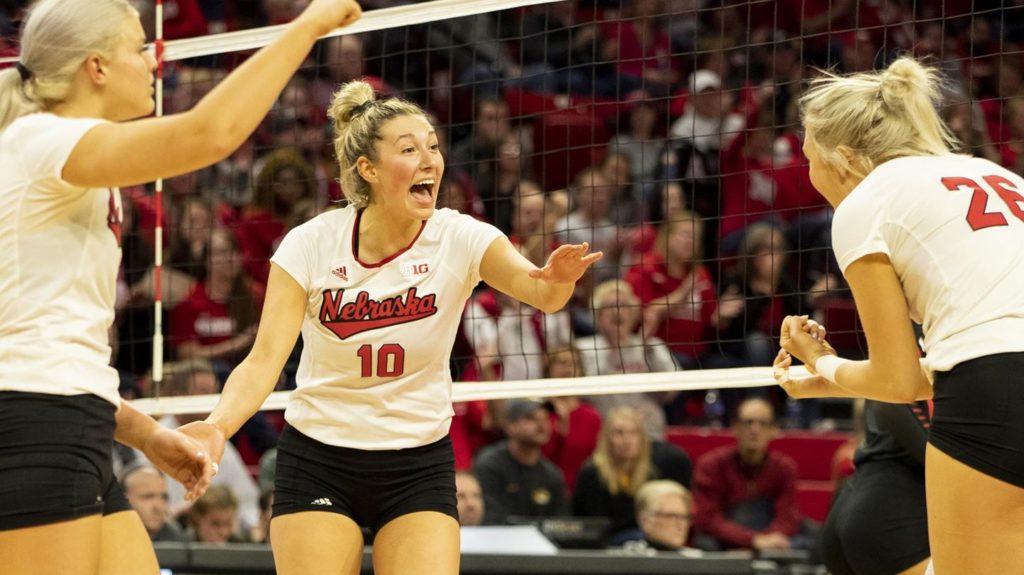 Stivrins collected her second career all-region honor after posting 2.60 kills per set, 1.06 blocks per set and a team-best .385 hitting percentage. The junior middle blocker has led the Huskers to a .150 opponent hitting percentage this season, which ranks seventh in the nation. A first-team All-American last year, Stivrins has also served nine aces and was a unanimous first-team All-Big Ten selection this season.

Sun earned her second career all-region honor and first at Nebraska. The junior outside hitter leads the Huskers with 3.54 kills per set with 2.40 digs per set and a team-high 24 aces. Sun posted double-digit kills in 18 of 20 Big Ten matches and was a first-team All-Big Ten selection. She has nine double-doubles this season, second-most on the team.

Hames received her first all-region team selection after averaging 10.91 assists and 2.89 digs per set. One of the best defensive setters in the nation, Hames has a team-high 16 double-doubles and has served 24 aces. Her 11.37 assists per set in Big Ten play ranked third in the conference and earned her first-team All-Big Ten accolades. Hames has set the Huskers to a .272 hitting percentage this season.

The four Huskers will be eligible for AVCA All-America honors, which will be announced next Wednesday, Dec. 18.nu