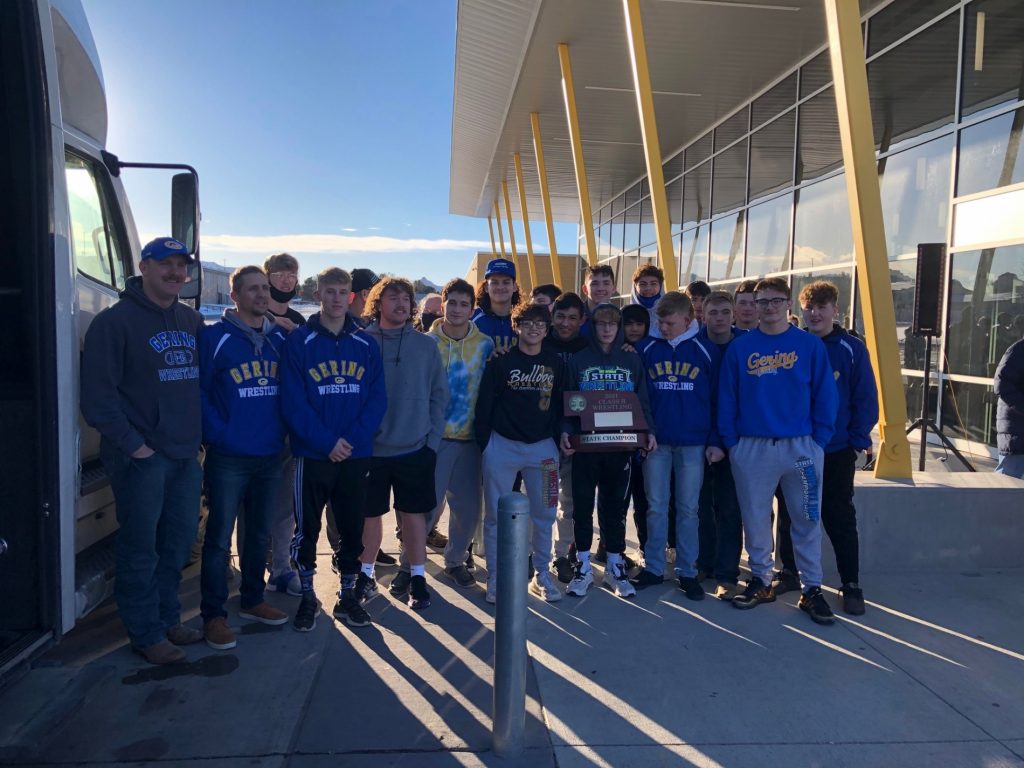 The Gering Bulldogs are the Class B wrestling team State Champions after holding off Beatrice for the top spot. Gering finishes with a 116.5 points and claims the programs first state championship since 1997!

Gering brought nine wrestlers to the State Tournament in Omaha and winds up bringing home a total of seven medals.

The main piece of hardware is also coming back to Gering High School with them; the 2021 Team Championship Trophy.

Gering becomes the first team from the B-4 District to win a state title since McCook back in 1992. Gering was Class A when they won the title in 1997.

Just a huge win for the program and for Gering High School. Congratulations to the team and head coach Jarred Berger.