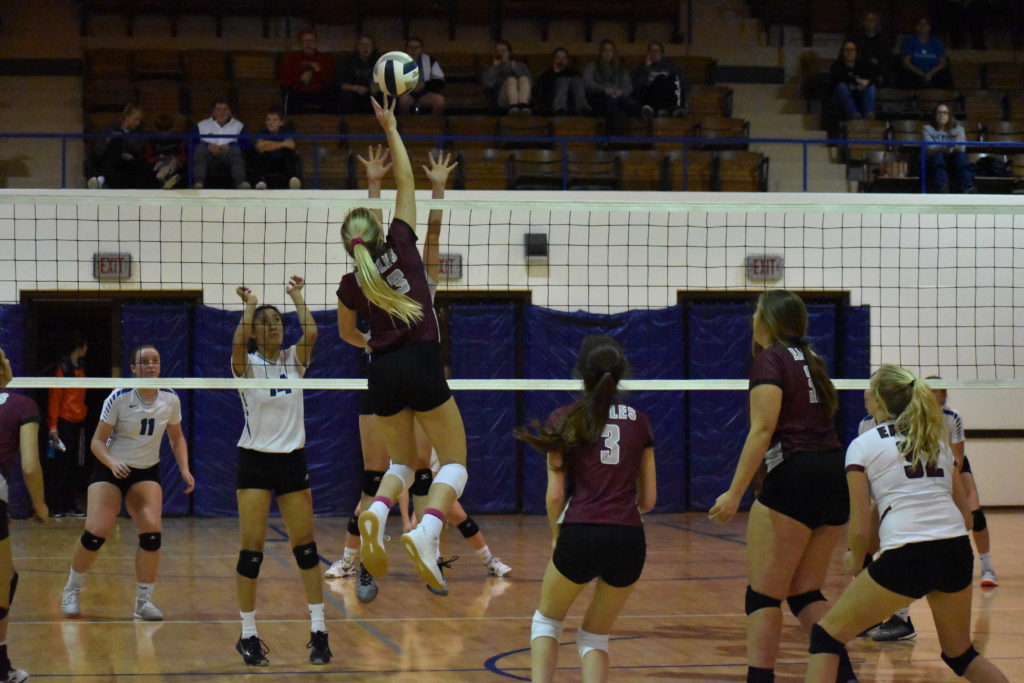 Click here to listen to the podcasts of Monday night’s matches.

YORK- On Monday night another four matches were played and after it was all said and done, Giltner and BDS will battle on Tuesday night for the Crossroads Conference Volleyball Tournament Championship.

The first match of the evening featured McCool Junction vs East Butler. It was the Mustangs who were able to take down the Tigers two sets to none. In the second consolation game, High Plains swept Osceola two sets to none.

Evan Jones will then take the call for the 3rd place match at 6 P.M. with #5 Exeter-Milligan taking on #3 Meridian. Tune into the championship match at 7:30 P.M. as #1 BDS takes on #2 Giltner.