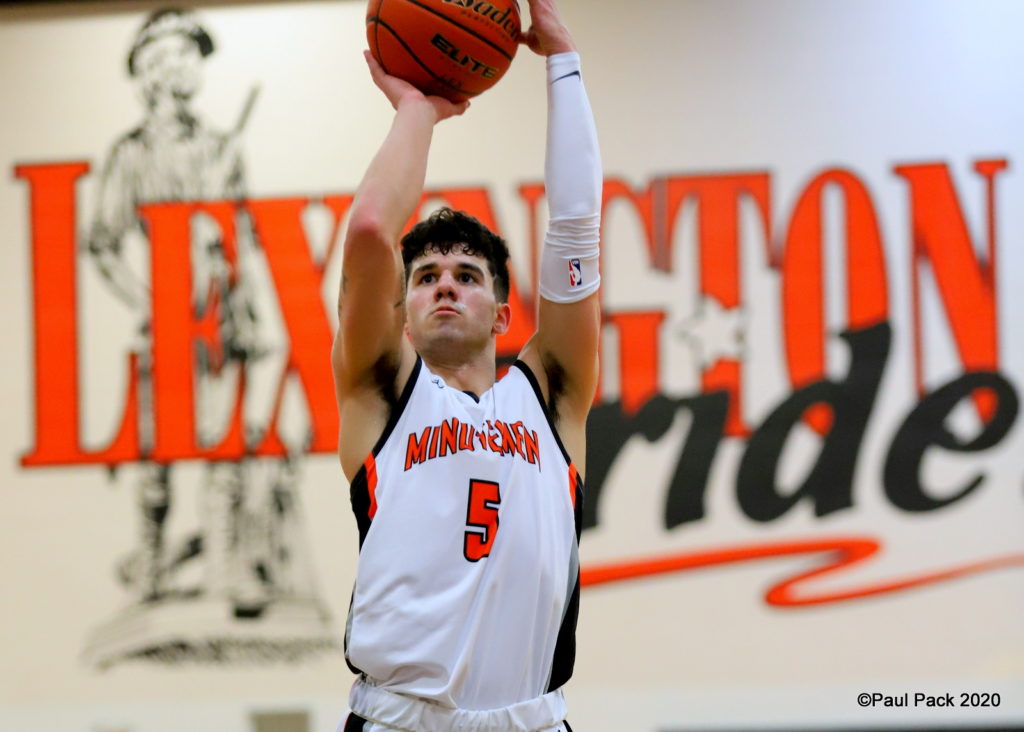 In the girls game, the Minutemaids were looking for their first win and it started to look like they may get it as Lexington had nine-point leads, twice in the first half. A big reason for Lexington’s quick start was Klair Fagot’s 12 first half points.  About mid-way through the second quarter the Tigers found their footing and went on a run to take a four-point lead into the second-half.

In the third quarter the two teams battled to a draw, but the Tiger defense started to prowl led by Dacey Sealey. She would finished with 12 points, 10 in the second half.

Hastings was able to finish off the game with good free throw shooting and strong defense. McKinsey Long finished with 16 points for the Tigers, Fagot’s 12 points led Lexington.

In the boys game excitement high as the Tigers were coming in 10-0 and Lexington had a record of 7-3 both ranked in the top 10 in Class B. It was a slug fest early as Hastings led by one point, 15-14 after the first quarter.

The completeness of this Hastings team was on display this evening. They were physical on both sides of the ball, could shoot from the outside and were very good on the interior. 6’9 Haggen Hilgendorf was a problem for Lexington on this night, as he went for 19 points.

That balanced attack allowed the Tigers to extend the lead to seven points, 35-28 at half.

Lexington would not go away though. Dylan Richman had a great game, scoring 24 points. The Minutemen were within three points, 45-42, going into the fourth quarter.

Lexington’s defense made the plays in the fourth quarter, but struggled to score when they needed to. Nick Saiz finished with 15 and Eli Young finished with 11. Hasting’s Jake Schroeder scored 20 and was a thorn in the side of the Minutemen all night long.

With the loss Lexington falls to 7-4.