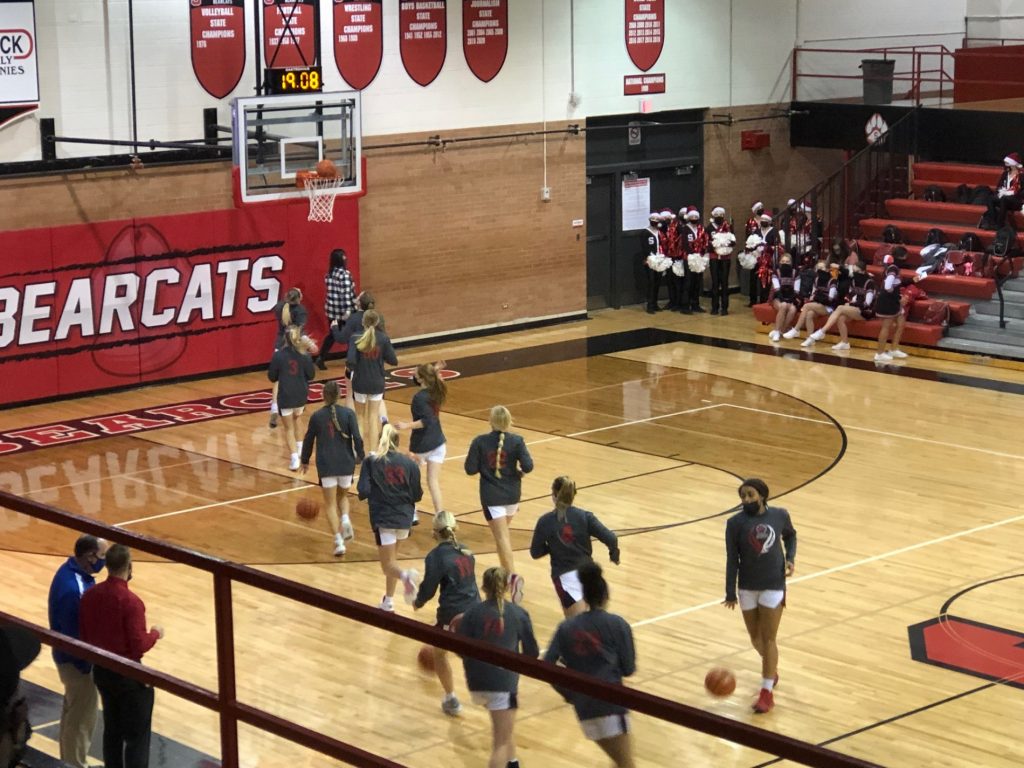 Tuesday night produced some mid-week action on the high school basketball front including our game on the RRN-Scottsbluff with Scottsbluff knocking off rival Gering in girls action by the final of 55-48.

The Bulldogs got off to a good start leading at the end of the first quarter 9-6. Scottsbluff committed six turnovers in that opening quarter which held their offense back.

The second quarter was a preview of how this one would end as the Bearcats rolled to a 22-12 advantage in the quarter. Mariyah Avila scored 7 of her 12 points in the second while Anna Kelley scored 4 and Emma Foote tallied 9 points, including hitting 7-7 at the foul line.

Gering had just three players score in the first half led by Kiara Aguallo’s 8 points and Sydnee Winkler’s 7.

The second half was more of the same as Scottsbluff outscored Gering 19-13 in the third quarter to pretty much put the game away and they led by as many as 16 points in the fourth quarter.

Kelley, just a sophomore, finished with a game high 16 points for Scottsbluff including three made 3-point field goals to go along with some pretty nice passing at times.

Foote, talking on both ends of the court (very noticeable with still limited attendance, showed some senior leader qualities and finished with 10 points.

Scottsbluff improved to 5-1 and they’ll play the front end of a girls/boys doubleheader on Friday night at Chadron.

Gering just didn’t have enough offense to keep pace in this one. Just the three players scored in the first half and leading scorer Cloey Fries was held to just 3 points, eight under her season average.

Winkler finished with a team high 14 points and Aguallo also hit double figures with 13 points.  Sophomore Carleigh Pszanka was big on the boards all night long as well.

Gering will play a girls/boys doubleheader at Ogallala on Friday night.

A couple other players of note from last night:

-Scottsbluff senior Cali Wright got her first game action of the season and scored 6 points off the bench.

-After a scoreless first half it was Gering sophomore Madi Seiler scoring 7 points in the game while looking for her shot a little bit more after halftime.

Brigdeport boys head coach Sean Sterkel checked in late last night with a quick recap of his guys big comeback win over Mullen in a matchup of state ranked clubs.

Trailing by 12 points heading to the fourth quarter the Bulldogs were able to rally back and tie the game late to force overtime and then outscored Mullen 6-2 in OT to pick up the 59-55 win as they stay unbeaten early on this year.

Brady Newkirk had a big night scoring the ball for the Bulldogs, he finished with 25 points. Luis Garza also came up with a big night finishing with a double-double of 17 points and 10 rebounds.

It’ll be a big doubleheader for Bridgeport on Saturday when they host Chadron. 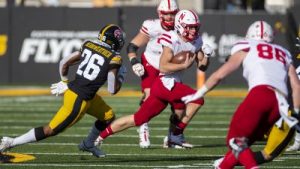 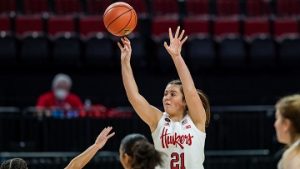