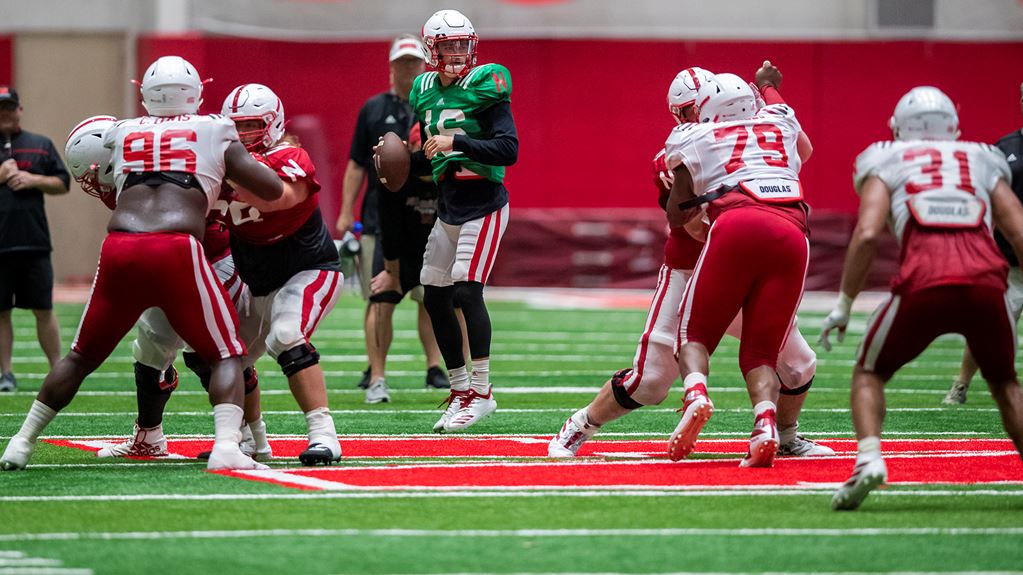 Lincoln, Neb. – The Nebraska football team practiced for just over two hours on Thursday inside the Hawks Championship Center in helmets only.

Head Coach Scott Frost addressed the media after the conclusion of practice to talk about how prepared the team is for Saturday’s game against South Alabama.

“You never really know how prepared you are until the first kickoff,” Frost said. “Hopefully we get to play after the first kickoff. If I’m comparing where we were last year, I know we’re a long way from where we were. Guys are physically more ready to go, they’re fresh, they’re excited and confident. I’m pleased with where we are, but we need to go out and prove it and keep improving from there.”

Frost discussed the week of practice leading up to the first game.

“I feel great,” he said. “Our team needs to play like it’s been practicing all fall and we’re going to be in good shape. It’s a little different this week with starting class on the same day as starting preparation for a game. I wasn’t as happy with Tuesday and Wednesday practice as I would have liked to be. They were good, but just going to class and having that change of routine probably affected them a little. Today was really good. I think our guys are dialed in and ready to go.”

Frost talked about the progress of the defense.

“I hope the front seven come out on Saturday and play like they’ve been practicing because they’ve been hard to move the ball against in camp,” Frost said. “We really have to execute well and be aggressive on offense to move it against them. This team presents some unique things and I think they do a really good job with scheme. South Alabama has some plays that you have to be really disciplined and on your assignment with. I feel good about the front seven and where they are. They’ve been playing at a really high level all of camp.”

“Luke had a phenomenal camp,” Frost said. “Every day he surprises me. He’s a better player than I hoped he would be. [Sophomore quarterback] Noah [Vedral] has had a great camp, too. Noah’s going to be our No. 2 going forward. We’re going to do everything we can to redshirt Luke. If something changes, then we’ll readdress that, but both our quarterbacks understand that.”

The Huskers finish preparations for South Alabama with a walkthrough on Friday. Kick off for the 2019 season will be Saturday, Aug. 30 at 11 a.m. at Memorial Stadium