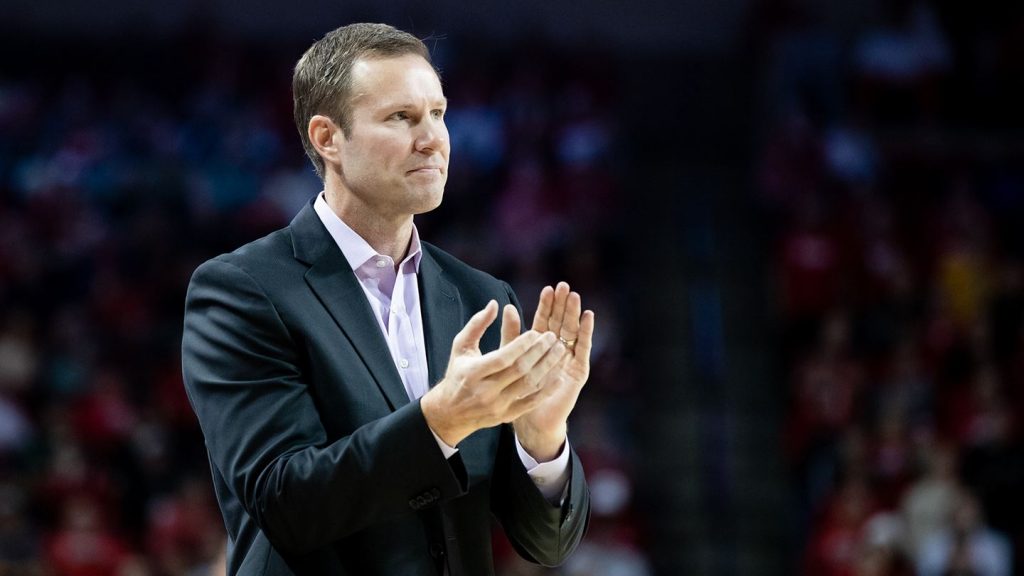 “We are excited to bring in this five-man class that brings size, length, athleticism, scoring ability and experience,” Hoiberg said. “We feel as if we addressed our needs with this group and certainly elevated our program. This is a hard-working group that will bring energy and toughness every time they step out on the floor. When you add this class with the players who have had a year in our system, it will allow us to play a style which we think can be successful in the Big Ten.”

Teddy Allen spent the 2019-20 season at Western Nebraska Community College, where he led the nation in scoring. Allen earned first-team all-region accolades, as he averaged 31.4 points, 7.4 rebounds and 3.7 assists per game last season. He led the country in field goals made (286) and ranked in the top 10 nationally in free throws made (third, 229), attempted (third, 260) and free throw percentage (eighth, 88.1). As a freshman in 2017-18, he played at West Virginia University, chipping in 7.0 points and 2.7 rebounds off the bench as the Mountaineers went 26-11 and reached the NCAA Sweet 16.

Kobe King committed to Nebraska in February of 2020 after playing 63 games, including 20 starts, at the University of Wisconsin. King started the first 19 games for the Badgers this past season, averaging 10.0 ppg on 46 percent shooting and ranked second on the team in assists through 19 contests. In Big Ten play, King was the Badgers’ leading scorer at 12.6 ppg on 52 percent shooting. He had 11 double-figures performances in 19 games, including a career-high 24 points on 10-of-15 shooting in a win over Indiana.

Lat Mayen played at Chipola (Fla.) College, where he earned first-team all-conference recognition after he averaged 11.8 points per game on 47 percent shooting along with 8.4 rebounds and 2.7 assists per game. He shot 38 percent from 3-point range (38-99) and 81.5 percent from the foul line. He was ranked the No. 34 junior player in the nation according to JucoRecruiting. Mayen was considered one of the top Australian recruits coming into college. In his two-year career at TCU, Mayen redshirted his first season and played just 17 games before season-ending knee injury in 2018-19.

Trey McGowens signed with Nebraska after starting the last two seasons at Pittsburgh, where he averaged double figures in both seasons. In 2019-20. he started 32 games, averaging 11.5 points, 3.6 assists, 3.3 rebounds and 1.9 steals per game. He ranked in the top 15 in the ACC in steals (fourth), assists (10th) and assist-to-turnover ratio (15th, 1.26-to-1). A former top-100 recruit, McGowens burst on the scene as a freshman, averaging 11.6 points, 3.2 rebounds, 1.9 steals and 1.7 assists per game. A two-time ACC Freshman of the Week, he finished third in the conference in steals per game and tied or set three single-game Pitt freshman records, including points (33), steals (7) and free throws (18). He reached double figures 17 times, highlighted by a career-high 33-point performance against Louisville.

Kobe Webster comes to Nebraska after starting for three seasons at Western Illinois University. He will have one year of eligibility remaining after graduating in three years. Webster, who has totaled over 1,400 points and nearly 300 assists, while leading WIU in both scoring and assists in each of the past three seasons.  A two-time All-Summit League selection, Webster averaged 17.1 points, 3.6 assists and 3.2 rebounds per game in 2019-20, ranking among the Summit League leaders in scoring (sixth), assists (fifth) and assist-to-turnover ratio (fourth, 1.72-to-1). He had 21 double-figure performances, highlighted by a school-record 40-point performance against Omaha.

In addition to these five newcomers, Nebraska also adds a trio of Division I transfers who sat out the 2019-20 season in Dalano Banton, Shamiel Stevenson and Derrick Walker.