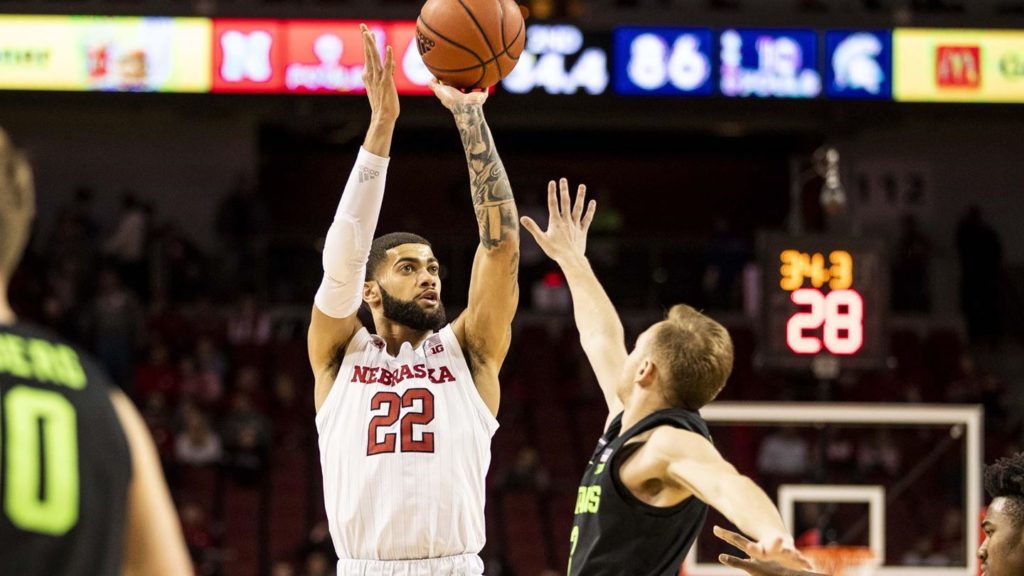 The Nebraska men’s basketball team goes on the road for a rare Monday night game, as the Huskers travel to Champaign, Ill., to take on the Illinois Fighting Illini. Tipoff at the State Farm Center is set for 7 p.m.

Nebraska (7-19, 2-13 Big Ten) looks to bounce back from an 86-65 loss to Michigan State last Thursday. The Huskers got 21 points off the bench from Dachon Burke Jr., including 18 in the first half, but a cold shooting second half sealed NU’s fate. Nebraska was within 48-46 with 14:39 left, but MSU used runs of 11-1 and 9-0 to pull away down the stretch. Cassius Winston’s 23 points led five Spartans in double figures. Burke was one of three Huskers in double figures, as Haanif Cheatham and Yvan Ouedraogo added 14 and 10 points, respectively.

Cheatham, the lone active senior on the Husker roster, will make his 100th career start on Monday and comes into the home stretch of his college career playing solid basketball. Since suffering a calf injury against Iowa on Feb. 8, he is averaging 17.0 points per game on 56 percent shooting over the Huskers’ last three contests. Against Michigan State, Cheatham had five of the Huskers’ 11 steals, as Nebraska forced 22 MSU turnovers.

Illinois (17-9, 9-6 Big Ten) has been off since a 62-56 win over ninth-ranked Penn State on Feb. 18.  Ayo Dosunmu had a game-high 24 points on 9-of-15 shooting while freshman Kofi Cockburn added 14 points and seven rebounds. Illinois led 58-56 before Dosunmu’s basket with 16.1 seconds left gave the Illini breathing room. The win snapped a four-game losing streak for Illinois, while Dosunmu returned to action after suffering a knee injury on the final play of the loss to Michigan State on Feb. 11.

Monday’s game begins a busy week with three games in a seven-day span, as the Huskers return home for Ohio State (Feb. 27) and Northwestern (March 1).