Lincoln – Sophomore Leigha Brown scored 17 of her game-high 22 points in a explosive first half as the Nebraska women’s basketball team rolled to an 80-58 win over Illinois on Senior Day at Pinnacle Bank Arena.

Fellow sophomore Ashtyn Veerbeek added a season-high 15 points to help the Huskers score a Big Ten season-best 80 points, including a season-high 56 in the first half. With the victory, Nebraska improved to 17-11 overall and 7-10 in the Big Ten. Illinois slipped to 11-16 overall and 2-14 in the conference.

Nebraska erupted for its best first half of the season, pouring in 56 points to tie for the 10th-best first-half total in school history, to carry a 56-27 lead to the halftime locker room. The Huskers buried 11-of-16 first-half threes just days after going 2-for-20 from long range at Ohio State.

Brown did the most damage for the Huskers in the half, pumping in 17 points including 4-of-5 threes to tie a career high. Whitish added nine points on three first-half threes, while Veerbeek pitched in eight points including a pair of triples. Cain added eight points of her own on 4-of-5 shooting. She added five rebounds, two assists and two blocks on the afternoon.

In the half, Nebraska hit 63.6 percent (21-33) of its shots overall and went 3-for-4 at the line. The Huskers out-rebounded the Illini 19-10 and won the first-half turnover battle 5-2. Six Huskers had two or more assists in the half, including five from Sam Haiby, who finished with three points, eight rebounds, six assists and a steal.

Nebraska’s defense held Illinois to just 37 percent (10-27) shooting in the half, including 27.3 percent (3-11) from three-point range. Illinois did go 4-for-4 at the free throw line. Cierra Rice led the Illini with 10 first-half points, including eight in the second quarter after Nebraska built a 40-13 lead with a 12-0 run to start the second period.

Nebraska will close Big Ten regular-season action at No. 24 Indiana on Thursday. Tip-off is set for 5 p.m. (CT) in Bloomington, Ind., with live television coverage provided by the Big Ten Network. 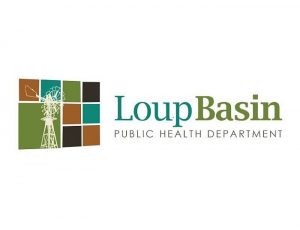 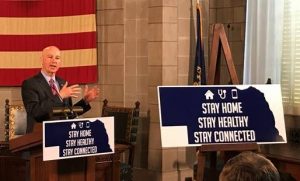