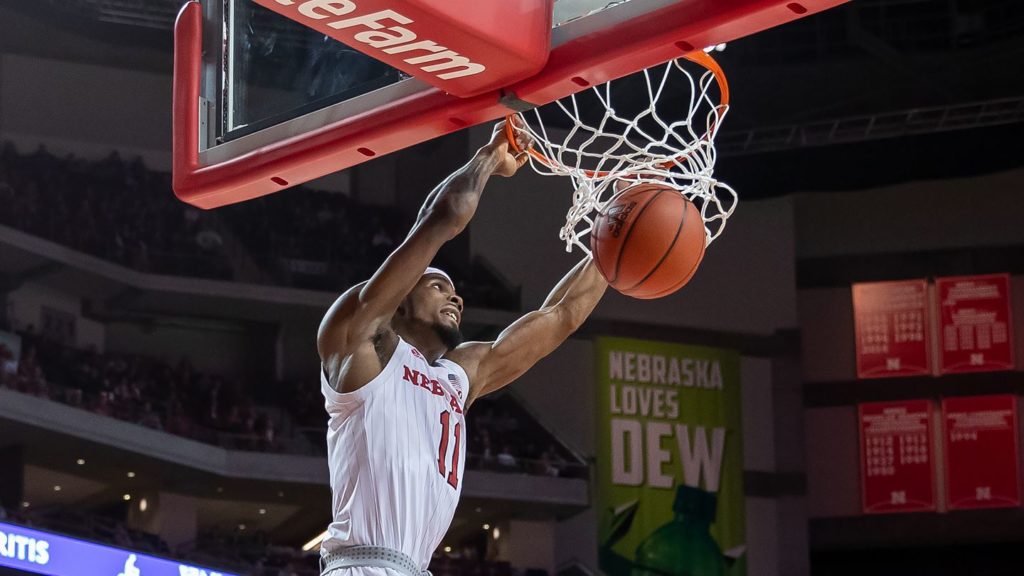 Cheatham, who went over 1,000 career points on Sunday, helped set the tone early, scoring seven of 11 first-half points in a 22-4 NU run that helped the Huskers take control.

The Huskers, who improved to 6-7 on the season, held the Islanders to one field goal over a span of nearly 11 minutes in building an early 18-point.
NU, which shot just 33 percent in the first half, took advantage of opportunities when the shots weren’t fall, going 13-of-19 in the first half, including 5-of-5 from Cheatham in that stretch. The Huskers also
clamped down defensively, holding the Islanders to 25 percent shooting, including 3-of-14 from 3-point range in the opening 20 minutes.

In addition to Cheatham, Ouedraogo finished with career bests in both points (11) and rebounds (14) to become the first Husker freshman since Shavon Shields in 2013 to record a double-double, while Cam Mack and Matej Kavas added 10 points apiece for the winners.

Texas A&M-Corpus Christi chipped away early in the second half, pulling to within 10 points in the opening minutes of the second half and pull to within 49-37 after a pair of Jordan Hairston baskets with 8:55 left before the Huskers put the game away.

The Huskers used an 11-0 run over the next 1:50, to stretch the lead back to 23 after a Kavas 3-pointer. Ouedraogo and Jervay Green had four point each in the surge, and NU would be in control the rest of the way.

Nebraska returns to action this Friday, Jan. 3, as the Huskers return to Big Ten action by hosting Rutgers at 7 p.m. A limited number of Holiday break tickets are available for Friday’s game by visiting Huskers.com/Tickets.