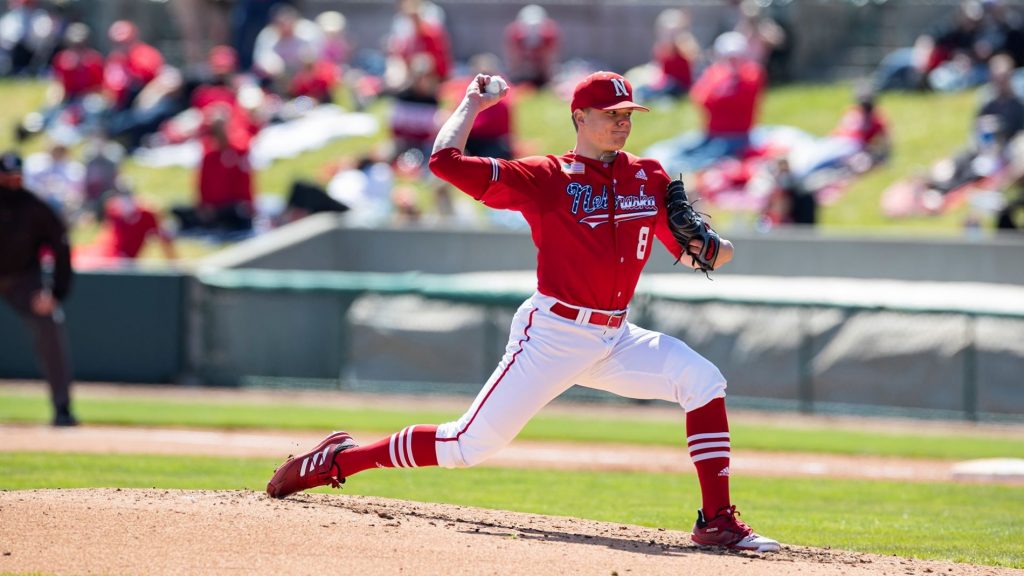 The Husker offense produced a season-high 16 hits, including a season-high matching four home runs for the second straight game. The first four hitters in the NU order homered, including two-run shots from Joe Acker and Spencer Schwellenbach, as well as solo homers from Jaxon Hallmark and Cam Chick. Chick’s homer was an inside-the park home run, the first by a Husker since Hallmark hit a grand slam at Kansas State on April 2, 2019.

Five Huskers had a multi-hit game, including three hits each from Hallmark and Chick. Freshman Bryce Matthews delivered from the bottom of the lineup with a pair of hits, including  three-RBI double and he stole two bases in the eighth. Matthews stole second and later home, the first Husker to do so since Zac Repinski did it at Oral Roberts on March 21.

Schwellenbach again showed his two-way talent, going 2-for-5 with a home run and three RBIs at the plate before also throwing 2.0 innings of scoreless relief with three strikeouts to end the game.

Illinois jumped out to a 2-0 lead in the bottom of the first on a home run by Branden Comia. Taylor Jackson drew a leadoff walk and two batters later Comia put the first pitch he saw over the left-field fence. The Illini added three more runs in the third on three hits, pushing their lead to 5-0.

Nebraska cut into the Illini lead in the top of fourth with a pair of home runs. Hallmark led off the frame with his third home run of the season to get the Huskers on the board. Two batters later Chick hit a deep fly ball to center that hit the top of the wall and Chick was able to motor all the way around the bases for an inside-the-park home run.

The Huskers went down in order in the top of the fifth and then the Illini increased their lead with another home run. With one out Jackson Raper hit a 2-2 pitch to left field for his team-leading sixth homer of the season, pushing the Illini lead to 6-2.

Nebraska’s offense broke through in the sixth and took at 9-6 lead with seven runs, including five runs with two outs. Hallmark got the inning started with a leadoff single and then Schwellenbach homered for the second straight game. Two batters later the Huskers had a runner on first with two outs, Griffin Everitt singled and Leighton Banjoff was hit-by-pitch to load the bases. Matthews stepped in and nearly hit a grand slam, but instead had to settle for a bases-clearing double off the left-center-field wall. The lineup rolled over and Acker notched the second home run of the inning with a no-doubter to left field. The Illini went to reliever Joseph Glassey, who allowed a single to Hallmark, his second of the inning, before getting a fly out from Schwellenbach to end the frame.

After a scoreless top of the seventh for the Huskers, reliever Koty Frank got the first out in the bottom of the frame before allowing a single to Jackson. Nebraska brought in Jake Bunz for his second appearance of the weekend and he got a ground out, but Jackson moved into scoring position. Comia then picked up his third RBI of the game with single to center, but Bunz limited the damage to just one run and kept the Huskers in front 9-7.

The Huskers tagged on three runs in the top of the eighth, all with two outs. Matthews worked a one-out walk and stole second to get in scoring position. Acker followed with a single to put runners on the corners before Hallmark struck out. Matthews then made an aggressive play on the bases, as he stole home after a slow throw from catcher Jacob Campbell to reliever Alex Vera. Schwellenbach roped a RBI double down the left-field line and scored on a single from Chick. The Illini brought in its third pitcher of the inning, Andrew Pogue, who got a ground out to end the frame, but NU had pushed its lead to 12-7.

Schwellenbach took the mound in the bottom of the eighth, looking to get the final six outs of the game. The junior right hander made quick work of the Illini with a pair of strikeouts and a groundout to end the eighth. Kellen Sarver led off the ninth with a single, but the bases were quickly cleared on a 1-6-3 double play. Schwellenbach needed just three pitches to strikeout Jackson to end the game.

The Huskers now return to Hawks Field for a three-game series with the Maryland Terrapins. The series opener is slated for Friday, April 9, at 6:30 PM