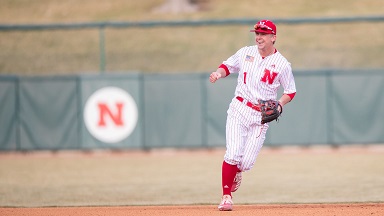 Lincoln, Neb. – The Nebraska baseball team (7-8) scored eight runs in the first three innings and never looked back in an 8-1 win over Northern Colorado at Hawks Field on Wednesday afternoon.

Aaron Palensky produced a career-high five RBIs as part of a 2-for-5 performance against the Bears. Jaxon Hallmark also notched a multi-hit effort, going 2-for-5 with a pair of RBIs, before finishing the game on the mound.

Freshman righty Quinn Mason, making his first career start, tossed a season-high 3.0 innings in his third appearance of the 2020 campaign. He allowed only one hit during his scoreless outing and tallied two strikeouts.

Ethan Bradford threw 2.0 no-hit scoreless innings out of the bullpen and recorded four strikeouts. Kyle Wisch struck out two batters and gave up one run in 2.0 innings of work. Tyler Martin (1.0) and Hallmark (1.0) each had no-hit scoreless outings.

In the opening frame, Nebraska scored four runs to build an early lead. After Hallmark laced a leadoff single, Leighton Banjoff drew a walk before Palensky cleared the bases with a home run. After a groundout, Spencer Schwellenbach blasted a solo home run to left field.

The Huskers added two runs in the bottom of the second to build a 6-0 lead. With runners on the corners, Palensky drove in a two-RBI double, bringing in Banjoff and Hallmark.

NU tacked on two more runs in the bottom of the third inning. With two outs, Joe Acker singled before advancing to third on Luke Boynton’s double. Hellstrom drew a walk to load the bases before Hallmark singled up the middle to drive in two runs.

UNC scored its lone run of the game in the top of the seventh. NU’s pitchers, who compiled 11 strikeouts, held the Bears to three hits for the game. Nebraska has won six of its last seven games, dating back to March 1.

The Huskers return to action this weekend when they visit Wichita State for a four-game series, starting on Friday at 3 p.m. (CT). 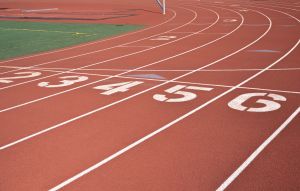