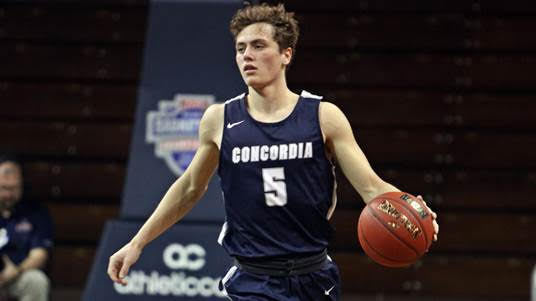 The last time we saw Carter Kent in action, the Concordia University Men’s Basketball team played a wire-to-wire contest in the program’s first national tournament game since 2005. Since then, Kent has gone from the Sanford Pentagon to an outdoor hoop on a slab of cement in his hometown Crete. It’s been a unique offseason for sure.

As Kent put it, there are “questions about what is next.” That is true in a number of ways considering life circumstances these days and the void now left behind by four-year staples Tanner Shuck and Brevin Sloup. Kent’s doing his best to ensure the program continues the momentum it enjoyed back in March.

“It’s been interesting to say the least,” Kent said. “Especially once everything shut down right away. It’s kind of crazy to see how long we haven’t seen each other during that period of time. We’d have Zoom meetings and stay in touch – we’d text each other and everything, but it just wasn’t the same. The guys on the team are the people you’re with all the time. To not have them around was really weird. Thankfully we’ve been able to start doing drills and getting up to Seward.”

Kent has been a starter since day one for head coach Ben Limback. He’s a prime candidate to become one of the program’s – and the GPAC’s – next big stars. He’s already accomplished quite a bit having played a key role in a 2020 GPAC tournament title run that most outsiders never saw coming. The former GPAC Freshman of the Year has already racked up 751 points over two collegiate seasons.

You can bring up the individual stats or his impressive feat last season of scoring the team’s first 20 points in a win over Midland, but he’ll shift the focus rather quickly. He’s more proud of what was achieved last season as a collective group.

“I think it showed us what we are capable of and everything,” Kent said. “You see teams who once they start having success, you want to keep going and chasing that. It’s addicting. Now you know what it takes to get to that success level. Once you can breakthrough then you know how to handle certain situations and you feel more comfortable in those situations because you’ve been there before.”

As a 6-foot-2 guard, Kent possesses a lot of ability that just can’t be taught. One of his personal highs came just after New Year’s Day when he posted back-to-back 25-point outings in wins over Northwestern and Dordt. He can score in a variety of ways, is adept at driving the baseline, shooting from long range and locking down within his defensive assignment.

Not that he’ll have to do it alone, but Kent wants to more of a vocal leader as he becomes an upperclassman. Three starters have graduated, but any team that returns a backcourt including Kent, Justin Wiersema and Sam Scarpelli has the ability to do some damage.

“(The next step for me) is becoming the leader that I want to be,” Kent said. “With Brevin and Tanner, I tried to lead by example. Right now there are kind of some question marks about what’s next. I feel like, individually, I need to become a leader and give direction to the team and of course keep improving my game. I want to find out what I can do to help others on the team.”

Just recently Kent and others who live near campus have gotten back inside Walz Arena. For a couple of months, Kent went old school and routinely shot outdoors while battling the wind. At times he’s taken to a barn for ball-handling drills – or snuck into the local middle school. This week he was hiking mountains with family in Colorado. Says Kent, “It’s been tough but I’ve definitely tried to make the most of it.”

The current situation is a different type of adversity, but Kent has certainly faced some challenging moments in his basketball career. As a bright young biology major, he’s got a good head on his shoulders. It helps explain how he could go through the ups and downs as a freshman and then serve as a major factor on a national qualifying squad. About 14 months after sitting at 1-9 in GPAC play (2018-19 season), the program was celebrating a GPAC tournament championship at the Corn Palace.

Says Kent, “I think it’s a credit to everyone on the team for keeping the focus on improving in every game and practice. Everyone involved had a say and a purpose to it. We had to keep the faith that everything was going to happen. It was an awesome experience to see how much things can change just by working hard. Going from 1-9 to winning the GPAC is crazy.”

Nine days after the championship victory, Kent and the Bulldogs took part in the final NAIA Division II game ever played (the NAIA moves to one division in 2020-21). It ended in an 87-84 defeat against fifth-ranked Ottawa University (Kan.) in an experience that no one associated with that contest will forget. The game was played in the cloud of the coronavirus pandemic that would eventually cancel the remainder of the tournament.

“It showed you there are bigger things than basketball,” Kent said. “At the same time, it was something we had worked for all season. We made sure to keep that mindset going into it. It’s definitely something I won’t forget with everything going on. There was some shock to it, but once game day came around it kind of seemed normal.”

The immediate future may be uncertain, but Kent will be ready for the 2020-21 season regardless. He’s confident his teammates will also answer the bell. Says Kent, “I’m excited to see what’s to come because we’re still hungry. We want to keep chasing that feeling. I don’t think anyone on the team is just happy with what we’ve done. We want more.” 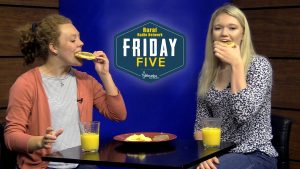