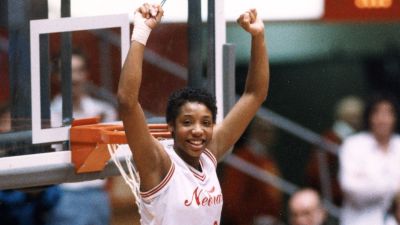 Ivy was the top player on the first conference championship team and first NCAA Tournament team in Nebraska women’s basketball history. As the 1988 Big Eight Player of the Year, she led the Huskers to the Big Eight regular-season title and a trip to the program’s first NCAA Tournament. The first 2,000-point scorer in program history, Ivy was also the first Husker to be a three-time all-conference selection and the first to be named conference player of the year. Ivy became the second Husker to have her jersey retired, when her No. 30 jersey was retired in 2011.

An Omaha native, Ivy ended her career as Nebraska’s all-time leader in points (2,131) and points per game (19.2). She currently ranks second all-time at Nebraska in points per game and field goals (847), third in points and free throws (431), seventh in blocked shots (104) and eighth in rebounds (778). During the 1986-87 season, Ivy set then-school records with a 46-point game against Illinois and with a season scoring average of 23.6 points per game. A prolific scorer, Ivy totaled eight 30-point games in her career.