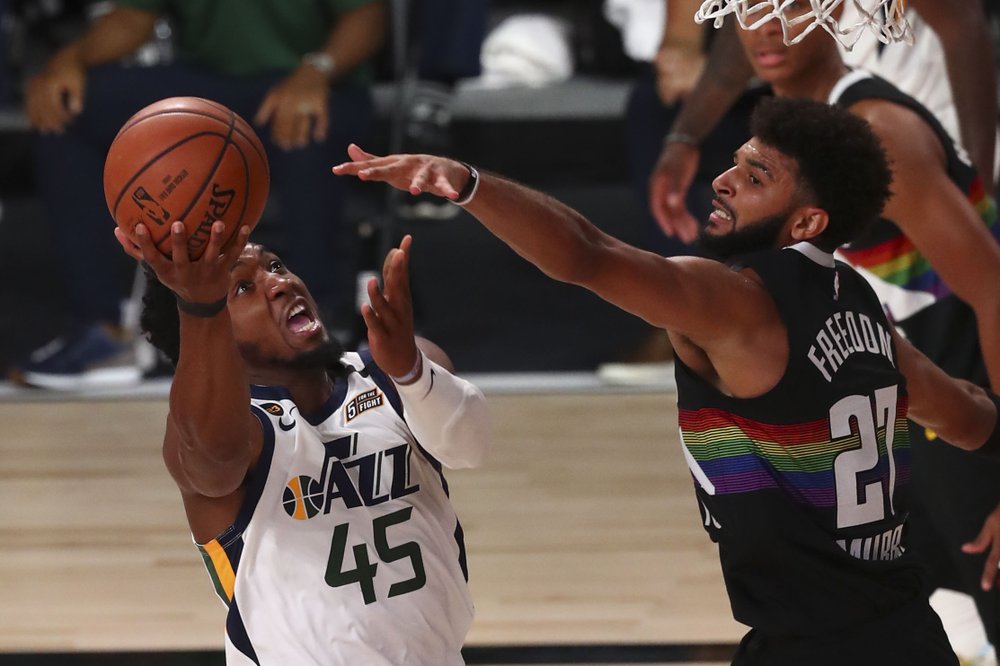 Instead of forcing the issue, he simply distributed the ball — until his opening arrived.

Mitchell scored 21 of his 30 points in a big third quarter and the Utah Jazz beat the Nuggets 124-105 on Wednesday to even the first-round playoff series at a game apiece.

All part of his maturation as a playmaker.

“The biggest thing for me is reading the situation,” Mitchell explained. “My first years, I kind of saw the rim, being a scorer. I prided myself over the quarantine just how to become play-maker. Find a way to get the team involved. It may not always be scoring. I think today, just trusted my teammates.”

Mitchell was an efficient 10 of 14 from the floor and added eight assists. He helped the Jazz break open the game in the third quarter and increase the lead to 31 in the fourth.

His performance was on the heels of scoring a Jazz playoff-record 57 points in a 135-125 overtime loss in Game 1. Naturally, Mitchell was the focus as the Nuggets tried take away his drives to the right side.

“Anytime you put two guys on the ball, you’re going to give something up,” Nuggets coach Michael Malone said.

Jordan Clarkson scored a personal playoff-best 26 points on a day the Jazz shot 51.7% from the floor. They also had 32 assists and hit 20 3-pointers.

“We stayed locked in and communicated. That’s what we need the whole series,” Mitchell said. “We need the same energy and intensity.”

It was a rare blowout in what’s been a tight showdown between the two teams all season. Despite Denver winning the previous four games, counting the regular season, the total margin was only 21 points.

“All of our games are usually close games and this one got away from us,” Malone said. “We have to learn from it. We have to look it. We can’t be afraid to look into the mirror and see why we lost. But once we do that let’s turn the page.”

Already in the process of happening.

“If we want to do big things out here it’s going to take a team effort and we’re all going to have to step up in a major way,” Porter said.

Denver forward Torrey Craig was assigned to cover Mitchell and early on it worked. But Mitchell took over in the third quarter, going 5 of 5 from 3-point range and hitting all four of his free throws.

Utah went on a 22-6 run to end the first half. It was punctuated by Gobert’s put-back dunk at the buzzer.

Jokic and the Nuggets couldn’t get anything going late in the second quarter, with one trip down the floor illustrating their struggles. They had about five shots — several in close by Jokic — but no points to show for it.

This bodes well for the Jazz: Guard Mike Conley could back for the next game. He returned to the NBA bubble Monday night after leaving for the birth of his son and is going through a four-day quarantine.

Nuggets: Gary Harris (right hip) and Will Barton III (right knee) missed the game. … Rookie C Bol Bol got some playing time late in the fourth with Utah up big. He had two free throws. … G Jamal Murray was held to 14 points on 6-of-13 shooting. He had 36 in Game 1.

For the seeding games, there was a collegiate, almost friendly atmosphere between teams inside the NBA campus. Now, there’s less interaction with the playoffs at hand.

“We’re not crossing over and eating in their dining room and they’re not doing that with us,” Jazz coach Quin Snyder said. “Everybody is professional and understands that we’re here to play.” 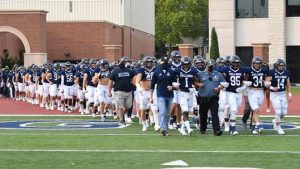