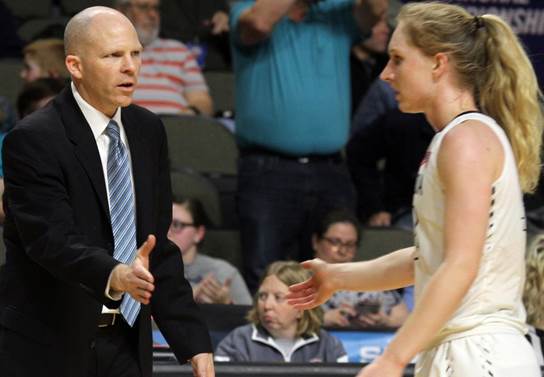 POINT LOOKOUT, Mo. – A game that once saw the top-ranked Concordia University women’s basketball team lead by 22 points turned into a grinder. The rematch of the 2019 NAIA Division II national championship that took place on Saturday (Oct. 26) required overtime to decide the outcome. Ultimately, Philly Lammers’ jumper with 29 seconds left in the extra period provided the winning margin in a 63-62 squeaker over second-ranked Southeastern University (Fla.).

The two NAIA powers convened inside Keeter Gymnasium in Point Lookout, Mo., for the championship of this weekend’s College of the Ozarks Classic. Head coach Drew Olson’s squad opened the 2019-20 season on Friday with a 107-50 win over No. 12 Sterling College (Kan.).

“I don’t think either team played their best, but I think both teams played really, really hard,” Olson said of Saturday’s clash. “I’m really proud of our players for gutting one out because it wasn’t pretty. We did not shoot well and we didn’t run a good offense for the majority of the second half. We even lost the lead a couple times. We stepped up and hit some shots when we needed it and stepped up and got some stops when we needed it.”

It may have been ugly offensively for most of the afternoon, but the overtime session supplied some entertaining back-and-forth action. There were six lead changes in during the five-minute extra session. With just over a minute remaining, Grace Barry dropped in a floater for a 61-60 lead. The Fire quickly answered with a M’caela Sellers bucket. Lammers then followed with the decisive tallies before Southeastern came up empty with one more crack at it.

Concordia was forced to rally from a 53-49 deficit in the final minute of regulation. A critical play occurred when the Fire failed to get the ball in bounds when it led, 53-52, with five seconds remaining. Mackenzie Koepke proceeded to make 1-of-2 free throws to necessitate overtime.

Southeastern (1-1) has a lot of new faces compared to its team that met the Bulldogs in the national championship game in March. Head coach Tim Hays has re-stocked with another squad capable of making a deep run in 2020. His team showed resilience in bouncing back from a miserable 6-for-36 (.167) shooting performance in the first half on Saturday.

Concordia was only slightly better offensively. It outshot the Fire, 32.9 to 27.2 percent. Lammers notched a double-double with 19 points (game high) and 10 rebounds. While making the start, Koepke posted 14 points, eight rebounds and three steals. Barry put up 12 points, five steals and four rebounds. Off the bench, Taryn Schuette added eight points (2-for-4 from 3-point range).

Southeastern was topped by the 16 points from Raegan Linster. Taylah Simmons recorded 12 points and 13 rebounds. The Fire enjoyed a big advantage on the boards, 70-48. Its 31 offensive rebounds helped it hang tight despite the offensive woes that played a role in the Bulldogs constructing a 36-14 lead in the third quarter.

Next up is the 20th annual Cattle Classic to be staged inside Walz Arena. Concordia will make its home debut on Friday, Nov. 1 in a matchup with Simpson University (Calif.).