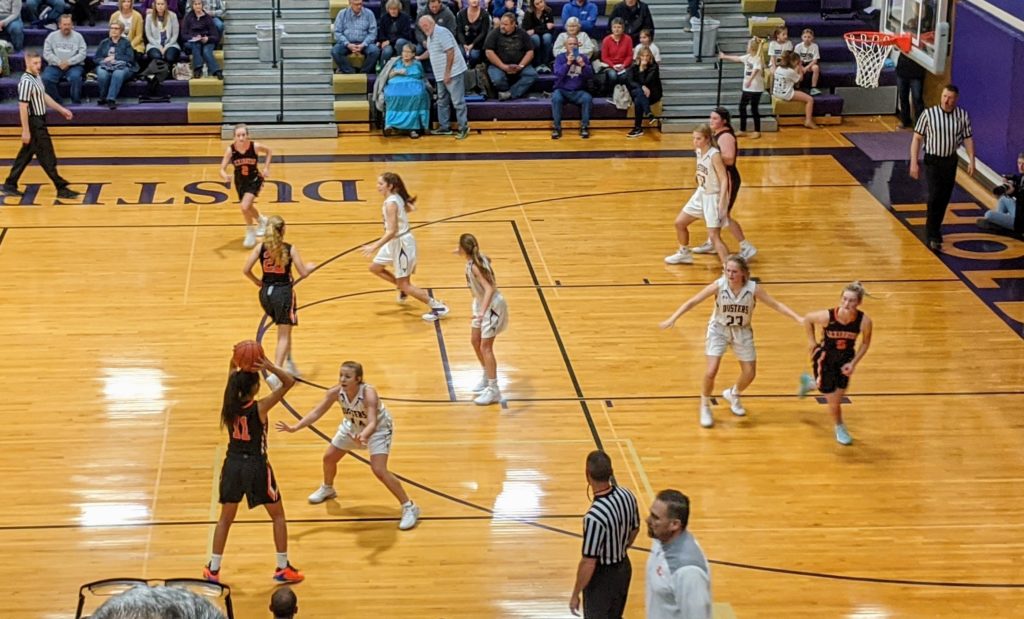 HOLDREGE- The Holdrege Girls got their first win with a gritty 33-29 win over Lexington. The Lexington Boys continued their successful start to the season with a convincing 80-51 win over the Dusters.

Girls:  It was a slow start for both teams, Holdrege led 5-2 after the first quarter. They then extended their lead to eight points by the end of first half. However, the third quarter was dominated by the Minutemaids as they outscored the Dusters 15-8 to get within one point as they went into the fourth quarter. Lex then tied the game at 27-27 and had the momentum. However, both teams went on a scoring drought.

The Dusters finished out the game with a 6-2 run to get their initial win, the Minutemaids are still looking for their first win. Mallory Pfieffer finished with 11 points to lead the way for Holdrege while Sarah Treffer had 12 for Lexington. 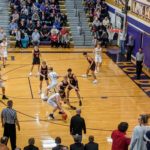 Boys:  After a loss in overtime to Ogallala the Lexington Boys have been dominate beating Minden 74-31 and powering by Holdrege tonight 80-51. Nick Saiz had another great game scoring 24 points. Dau Mach continues to cause match-up problems for teams. He went for 19 points and and Dylan Richman had 16.

The Minutemen started off slow, leading 15-11 after the first quarter. However, they outscored the Dusters by 15 in the second quarter.  The third quarter was entertaining as both teams turned up the offense. The Dusters scored 24 points, but were outscored by Lex, who had 28 points during the period.

The Dusters, who fall to 0-3, were led by Dylan Bauman who scored 12 points and Dashton Edgren who scored 11 points.