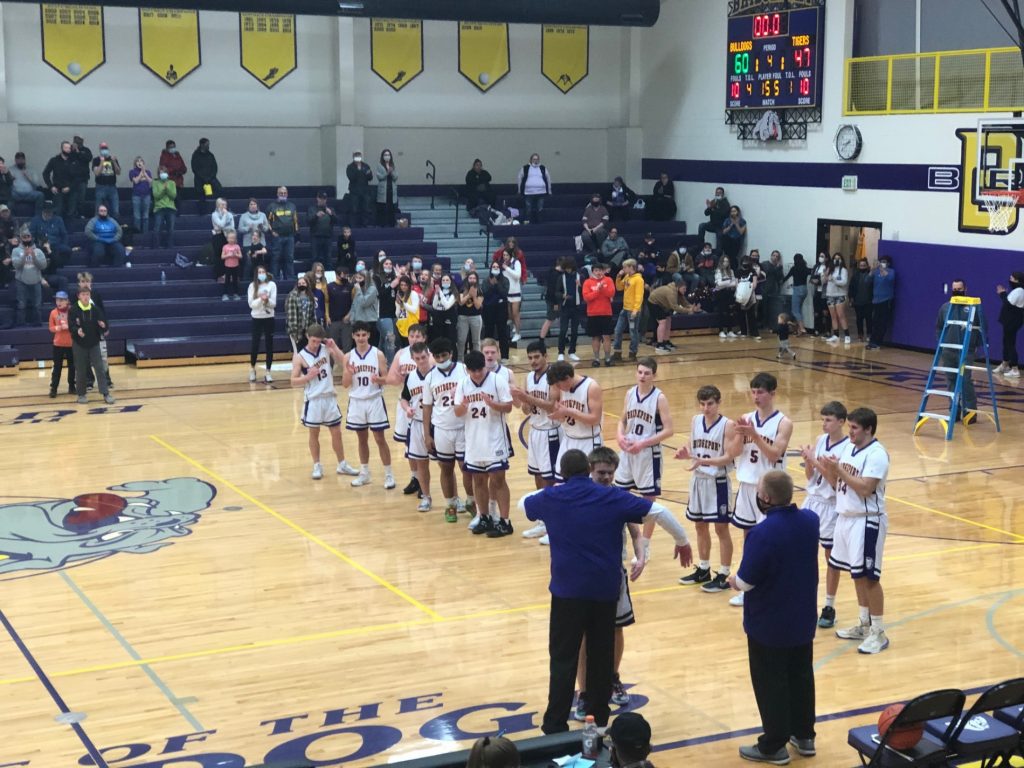 The one year venue change from WNCC to Bridgeport High School meant it was a home court celebration for both Bulldog teams after they claimed tournament titles on Saturday night.

We aired a quadruple-header on KNEB.tv with back to back third place games and both championship games.

The nightcap was the best game of the day as the Bridgeport boys rallied in the second half to beat Mitchell by the final of 60-47.

Mitchell led 17-5 after the first quarter and the Tigers took a five point lead into the locker room at halftime. Bridgeport started their rally in full in the second half, outscoring Mitchell by six in the third and they pulled away for the double digit win in the fourth quarter.

Bridgeport put three in double figures led by Luis Garza and Braeden Stull, who both scored 13 while Bayler Sterkel finished with 10.

The girls game was a runaway for Bridgeport. The Lady Bulldogs jumped Gordon-Rushville 22-6 in the first quarter on their way to a championship victory by the final of 80-36.

Lady Bulldogs head coach Dave Kuhlen knows this young team is starting to really come together and he hopped on the postgame show to talk about the WTC title.