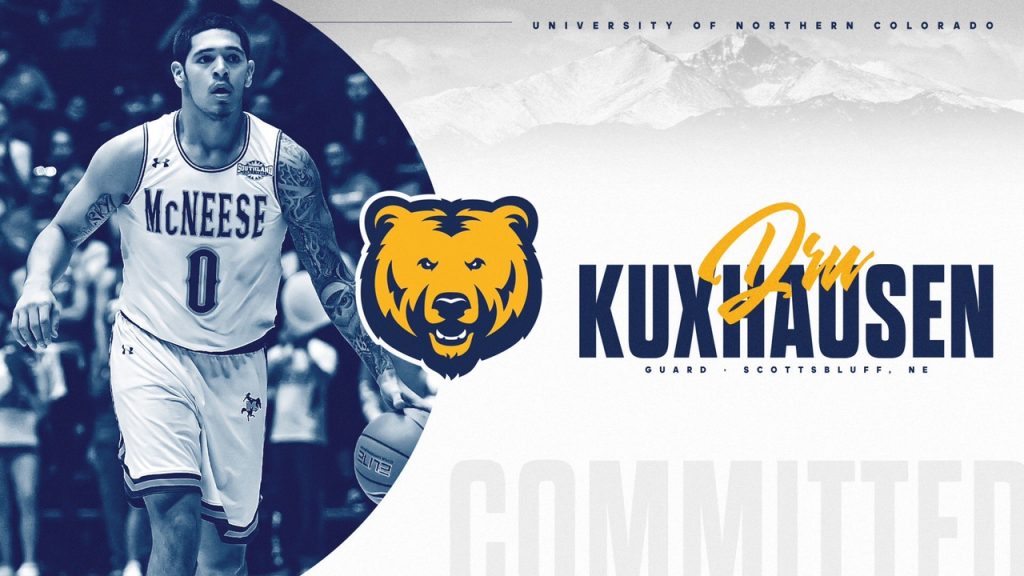 Dru Kuxhausen, the Scottsbluff High School legend and former WNCC Cougar, is on the move one final time as he’s landed at the University of Northern Colorado to play his grad transfer season next year as he wraps up his college basketball career.

After playing the last two seasons at McNeese State in Lake Charles, Louisiana, Kuxhausen entered his name into the transfer portal on March 15th.

I spoke with Kuxhausen today about the big decision.

Two seasons ago at McNeese, Kuxhausen averaged 14.8 ppg and this past year he averaged 11.8 ppg.

Over the last two years combined he’s hit 199 three point field goals which is the most in the country.

Playing close to home and reuniting with a couple of his former head coaches, Cory Fehringer at WNCC, and Houston Reed at Chadron State (both now assistants at UNC) were key factors in this decision for Kuxhausen.