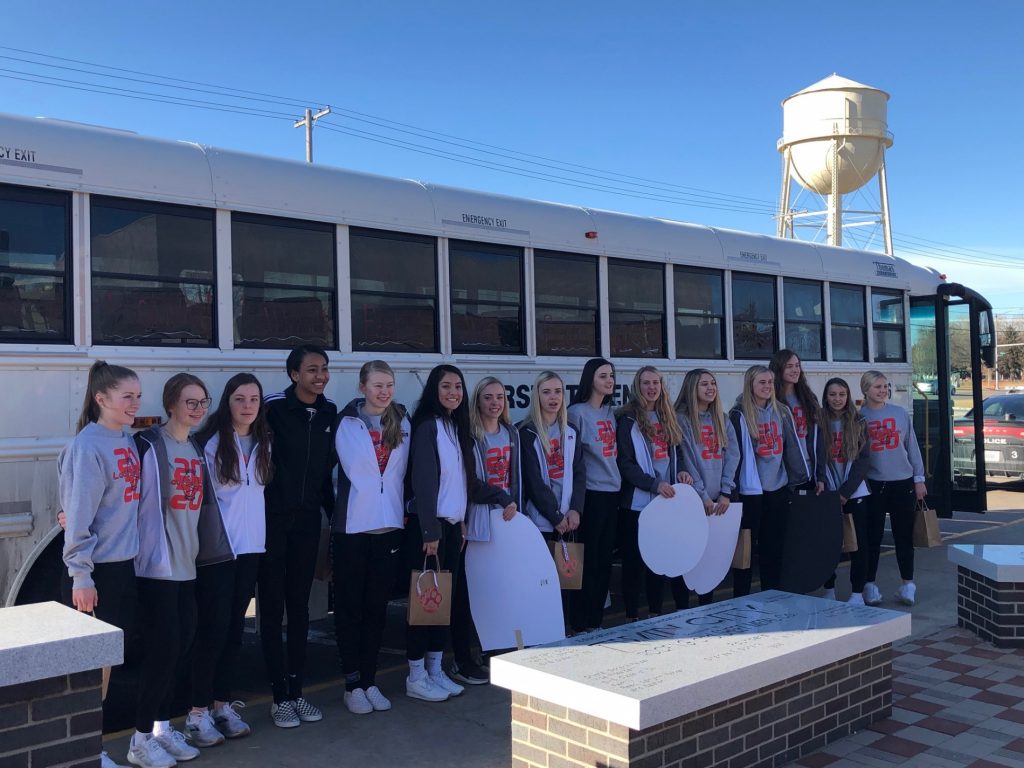 It’s been a few years in the making for the Scottsbluff girls basketball program but tonight in Lincoln they’ll play a first round state tournament opener against the Bennington Badgers.

Tip off is at 7:45 pm MT at the Bob Devaney Sports Center and we’ll have coverage on 106.9 The Trail and streaming online at KHYYfm.com starting at 7:30.

How bout this bracket as a whole? Here’s what Scottsbluff head coach, Dave Bollish, had to say.

Scottsbluff is entering on a four game winning streak that included a subdistrict title game win over Sidney and then two Saturday’s back they beat Omaha Gross Catholic at home by double digits in a district final to lock up their berth to state.

Bennington comes in at 21-2 this year with a big win over Skutt in their district final game.

There are two common opponents this year for Scottsbluff and Bennington. Both teams have blowout wins over Columbus while Bennington lost early in the season Omaha Gross and Scottsbluff got the win over Gross in the district final.

Here’s more from Coach Bollish, who kind of breaks down the schedules for both teams.

As for the individual matchup tonight, Bollish thinks it’s a pretty solid opening round draw.

Scottsbluff features senior Yara Garcia in the backcourt as the teams leading scorer at 16 per game. Fellow senior Aubry Krentz averages 11 per game.

That senior duo both played a ton and started as freshman when they took plenty of lumps while the program was in the process of getting turned around.

It’s come full circle this season with a tough schedule and some huge wins down the stretch as now they have a chance to play and beat the best in the state in Class B.

This will be Scottsbluff’s first trip to the state tournament since 2016, when they were knocked off by Platteview in round one. They were there in 2015 and lost their first round game to Lincoln Pius.

A Scottsbluff win would have them matchup up with the Beatrice/Platteview winner tomorrow afternoon at 2:45 MT at Pinnacle Bank Arena.