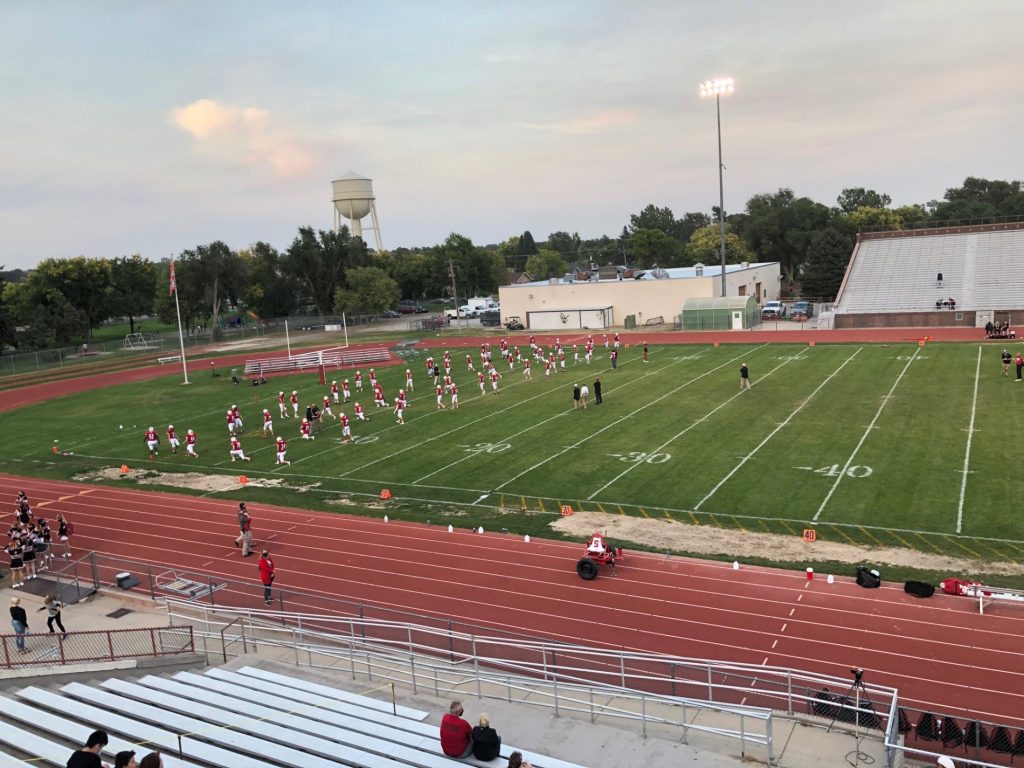 After starting the season 1-3 the Scottsbluff Bearcats showed up big time with a physically dominant performance in their 27-20 home win over No. 7 Grand Island Northwest on Friday night.

Offensively the Cats piled up a total of 408 yards of offense and they did it with a mix of physical offensive line play, hard running, and a gutty effort from senior quarterback Brett Hill.

Scottsbluff had four, 80 yard touchdown drives! They did it against a defense that coach Jud Hall called one of the best in the state earlier this week.

On the other side of the ball Scottsbluff held a Northwest offense that averaged over 400 yards a game to a total of just (unofficially) to 152 for the game. Impressive stuff indeed.

There were so many bright spots tonight but i’m starting with Hill.

Asked to throw the ball 19 times, Hill came through with 12 completions for 128 yards to go along with 74 yards rushing. He took some big hits and still delivered strikes that moved the chains. Holding the ball high above his head after the game to signal it was over, you could tell how big the win was for the senior.

The Cats offensive line dominated Northwest for most of the night helping pave the way for over 350 yards of rushing. There were multiple drives where the running backs weren’t getting touched until about 5 to 7 yards downfield.

Toting the rock were Alex Galindo and Jackson Ostdiek. Galindo has been the top offensive threat early this year and tonight he ran both outside and inside to the tune of 101 yards and 2 touchdowns. Ostdiek led the team in rushing with 106 yards and also scored twice.

Over on defense the Cats picked off one pass and came up with big stops time after time. Twice they held Northwest to field goals instead of yielding touchdowns. By the way, the Vikings kicker, Parker Janky, is big time.

He’s now pulling double duty as a starter on both sides of the ball on the offensive and defensive lines and tonight Nick Maag neutralized a big time sophomore talent at defensive end while continuing to perform like a top 10 defensive player in Class B.

Coach Hall singled out safety Kadin Shoemaker as having his best game of the season and really playing well.

Scottsbluff served a little reminder tonight to the rest of Class B that they still could be heard from later in the season. For now, they’ll need to get ready for an Alliance team that beat Gering tonight 38-6.

Games against Gering and Lexington offer opportunities and of course an annual slug fest with McCook, this year on the road.

In a swing game for their season, Scottsbluff answered the bell and did so in old school fashion. 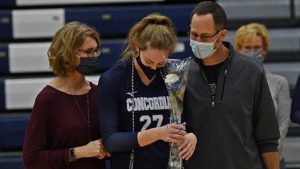 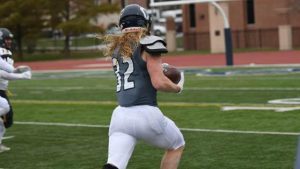