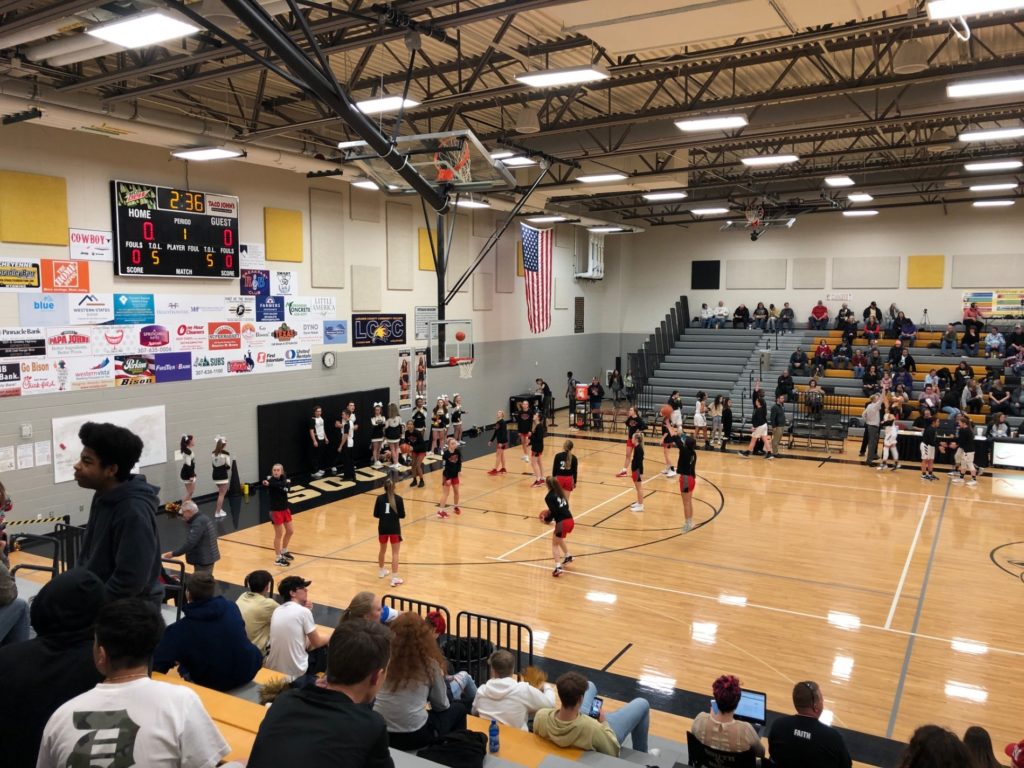 After a doubleheader sweep on Friday at Mitchell the Scottsbluff basketball teams were able to pick up a pair of wins on Tuesday night at South High School in Cheyenne.

In the girls game the final was 80-41 as Scottsbluff connected on twelve made three-point field goals. Aubry Krentz led the team in scoring with 19 points, including five of those three-point makes.

The Lady Cats also got double figure scoring from Yara Garcia with 17, while Payton Burda finished with 14 and Jamisyn Howard had 10.

This one was over by halftime with Scottsbluff leading at the break 41-18.

Aubry Krentz was named the Taco John’s Player of the Game.

Overall on the night Scottsbluff had ten players score as they improved to 9-5 on the season.

A blowout in the boys game also as the Bearcats improved to 12-1 with a 72-49 win over the Bison.

Jasiya DeOllos led the way with 24 points and Dawson Mohr finished with 19 points. Mohr provided the highlight play of the night with a baseline drive, one-handed dunk on a defender.

Chance Parker and Sam Clarkson did plenty of good work in the post. According to head coach Scott Gullion, Parker finished with 6 points and 11 rebounds and Clarkson had 8 points and 10 rebounds.

Parker was named the Taco John’s Player of the Game.

Both Scottsbluff teams will play at Cheyenne East on Friday night and we’ll have coverage on 106.9 The Trail and KHYYfm.com starting at 5:45.

Scottsbluff will host Cheyenne Central on Saturday afternoon with the girls game first at 3:30 pm. We’ll have coverage on KNEB.tv, 106.9 The Trail, and KHYYfm.com starting at 3:15.

Also Friday, Gering will travel for games at Gordon-Rushville and we’ll have that doubleheader on 93.3 FM KMOR and KMORfm.com at 5:30.