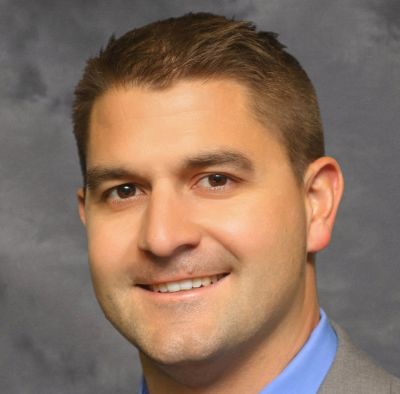 LORETTO, Pa. – Saint Francis head football coach Chris Villarrial has announced the return of Saint Francis alum and two-time All-America honoree Scott Lewis as the program’s defensive coordinator. Lewis spent the last four seasons at Nebraska-Kearney as the Lopers’ defensive coordinator and inside linebackers coach. With the defense under his direction, Lewis helped the Lopers improve from 37 points per game allowed the year before his arrival to an average of 24 per contest in his final two full seasons. Nebraska-Kearney was undefeated in an abbreviated fall 2020 campaign after Lewis helped increase the program’s win total in each of his three full seasons on the staff. The Lopers enjoyed the fourth postseason victory in program history in 2019.

“I’m proud to introduce Scott Lewis as our next defensive coordinator,” said Villarrial. “Scott is an alumnus of the university and was a two time All-American as a linebacker for us. He understands the university’s mission and what it takes to be a champion in the classroom and on the field. Scott possesses the grit and knowledge to develop a tough defense with a championship mindset and brings the energy we are looking for to push our defense to the next level.” Prior to his time in Kearney, Lewis helped improve the Eastern New Mexico defense in his second stint in Portales. Lewis’ defensive unit in his two seasons as defensive coordinator recorded 47 turnovers and 56 sacks and ranked 15th nationally against the rush. In his final season at ENMU, the ‘Hounds posted their best scoring defense in a decade. “I am excited and thankful to accept the position of defensive coordinator at Saint Francis University,” said Lewis. “As a former SFU student-athlete, I am very excited to work with our players and develop them both on and off the field. I want to express my gratitude and appreciation to Fr. Malachi, our athletic director James Downer and head coach Chris Villarrial for giving me the opportunity to carry on the great tradition of Saint Francis. Go Red Flash!”

Lewis returns to an alma mater at which he is one of the most accomplished defensive players in program history. His 524 career tackles rank fifth in the FCS record book, while his 12.2 tackles per game place him third all-time. Lewis ranked in the top 12 nationally in tackles in each of his four seasons in Loretto and was a four-time All-NEC pick, 2007 NEC Defensive Rookie of the Year, and a two-time All-America selection.