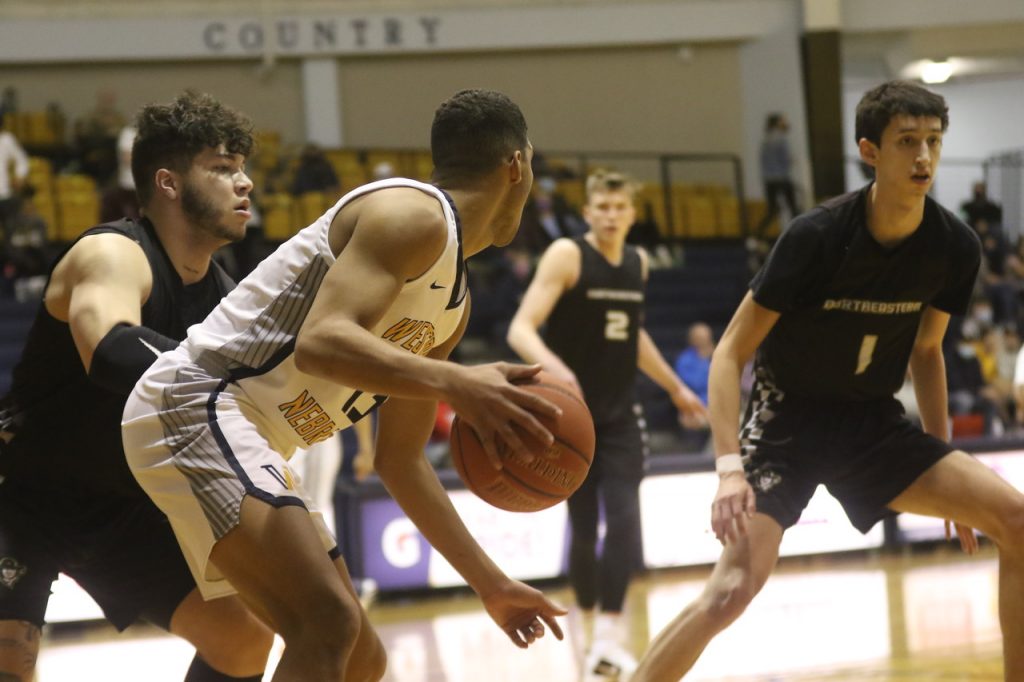 The 9th-ranked WNCC women made just one 3-pointer while McCook buried 14 as the Indians charged past the Cougars 65-57 in action Sunday.

The Cougar men put two players in double figures but couldn’t get the win in falling to McCook 84-72 in South Sub-region action Sunday.

WNCC grabbed its first lead of the game as Ky Buell buried two free throws to start the second quarter. WNCC went up 18-16 with 6:50 to play as Buell buried a trey. That, however, was the last time WNCC would score for over five minutes as McCook ran off a 15-0 scoring streak to lead 31-18. WNCC stopped the streak as Mahoukou buried two free throws with 1:04 to play in the half. McCook led at halftime 34-20.

Douglas led the Cougars with 21 points followed by Mahoukou with 18. Brooks chipped in 10 while Buell had six. Shanti Henry was the only other Cougar to score in the game with two points.

The men’s game was a battle as the McCook men and the Cougars battled. McCook never trailed in the contest and led 41-32 at halftime.

WNCC had just two in double figures. Chase Thompson led the way with 12 points followed by Tyler Mack with 11. Carter Brown and Tayler Johnson each had nine points.

Both WNCC basketball teams will be back in action Tuesday when they travel to Northeastern Junior College in Sterling, Colorado, for key South Sub-region contests. The WNCC women dropped to 12-4 on the season and are now in second place in the sub-region at 3-2, two games out of first place behind Otero Junior College. The winner of the south sub-region hosts the regional tournament.