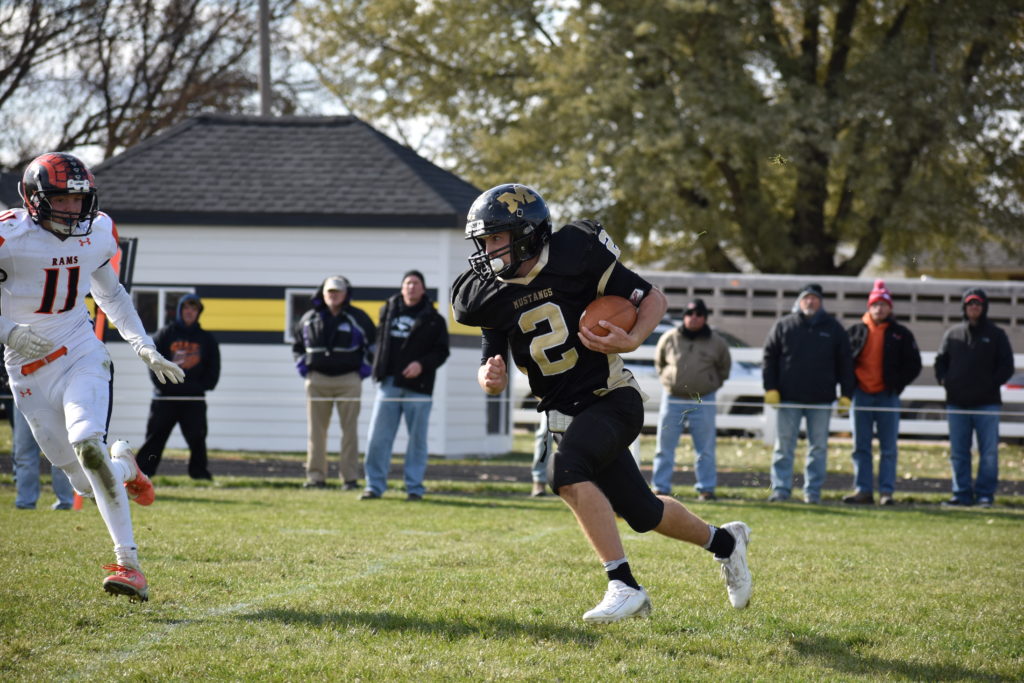 MCCOOL JUNCTION- It was a back and forth affair in the first round of the Class D6 State Playoffs between the #4 seeded McCool Junction Mustangs vs the #13 seeded Crawford Rams, but it was the home team that came out on top 55-40. Entering the second half down 20-19, McCool Junction found another gear and reeled off 35 points in the last two quarters while holding Crawford to 19.

The Mustangs were led by Dana Hobbs and his 116 yards rushing, two touchdowns, and 89 yards passing. Owen McDonald had 101 yards rushing as well and four touchdowns. Crawford ends the season at 5-4. McCool Junction (9-0) now moves onto play #5 seeded Eustis-Farnam on Friday, November 8th.