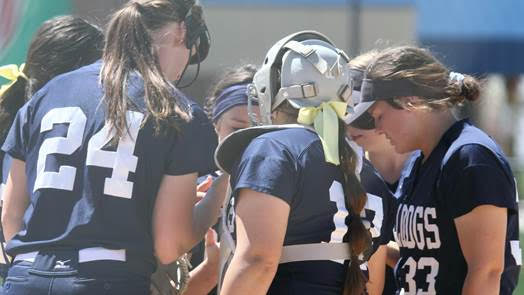 LINDSBORG, Kan. – The opening weekend of the 2020 season continued on Sunday (March 1) as the Concordia University softball team made its way to Swedes Softball Field in Lindsborg, Kan. In game one of the doubleheader, sophomore Camry Moore tossed a two-hit shutout and homered as part of a 7-0 victory over host Bethany College. The Swedes then responded by defeating the Bulldogs, 8-4, in game two.

Head coach Shawn Semler’s squad began the new campaign on Saturday by taking two games from Kansas Wesleyan University. Concordia is coming off a 2019 season in which it went 28-12 overall.

“It went well,” Semler said of the weekend as a whole. “We wanted to see how our newcomers would do and we were able to see most everyone in situations that helped us as we start to figure out how we want to set up our batting order, who can handle coming off the bench and defensively where our outfielders work best. Now we have this week to fix some things.”

The day got started in impressive fashion when the Bulldogs struck for five runs in the top of the first inning of game one. After Kylee Nixon doubled, Moore drilled a two-run shot to center field. Tori Homolka (RBI triple) and Dalaney Nance (RBI single) also delivered run-scoring hits in the frame. Concordia added some insurance in the seventh with the help of Nixon’s RBI sacrifice bunt and an error.

The seven runs were plenty enough for Moore, who surrendered only two singles and two walks in a masterful seven-inning complete game. The Crete native also notched four strikeouts while celebrating her birthday. Moore also entered in relief in game two and fired four innings after Zoe Flores made the start in the circle.

Two-time first team All-GPAC slugger Hhana Haro went 2-for-4 in both ends of the doubleheader. Freshman Sydni Schernikau led off in game two and notched a pair of hits and an RBI. In the loss, the Bulldogs fought back from a 5-1 deficit after an inning and trailed 6-4 in the middle of the sixth. The Swedes (9-8) tacked on two runs in the bottom half to provide the final margin.

The major blast of game two was supplied by Bethany’s Tannah Colson. She belted a three-run homer as part of the five-run Swede first inning. In addition, the wind played a role in some defensive miscues that aided in the home team building the early lead. Bethany also split a home doubleheader with Hastings on Saturday.

The next time the Bulldogs take the diamond, they will find themselves in The Sunshine State for eight games during spring break. The run of action in Kissimmee, Fla., will begin next Sunday (March 8) with contests against Lawrence Tech (Mich.) at 12:15 p.m. and Florida National University at 2:30 p.m. (both times CT).