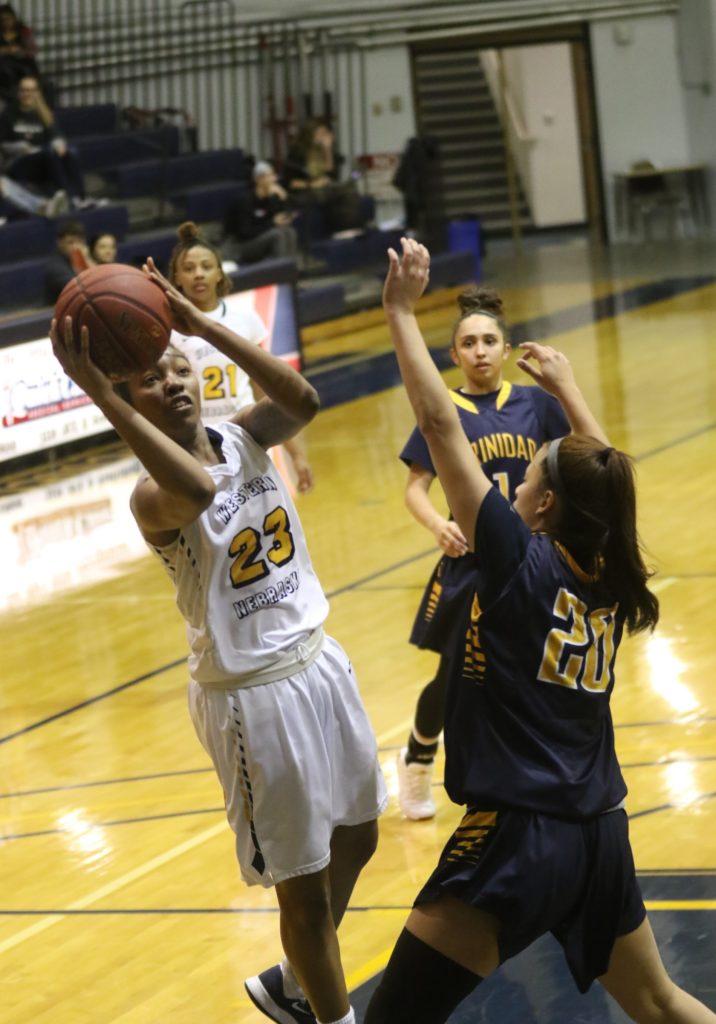 The third-ranked Western Nebraska Community College women’s basketball team had no trouble in capturing its 19th win of the season with an 89-47 win over Trinidad State Junior College in South sub-region action Tuesday night at Cougar Palace.

The Cougar women were never really threatened in the contest, scoring the first 21 points of the game behind two 3-pointers by Taylor Joplin. Trinidad didn’t score their first bucket until 2:41 left in the opening quarter. WNCC led 32-4 after the first 10 minutes.

Morehouse said the team has been playing well opening the past three or four contests. Tuesday night was no exception.

“Coach was giving us the game plan of coming out quick with energy and today we came out and did that,” the sophomore guard said. “Those quick starts [the previous games] has been great because at the beginning of the season we were starting off slow with low energy. So, our goal is to keep starting off with a great pace.”

WNCC never let up after that, outscoring Trinidad 25-15 in the second half to take a 57-19 lead into halftime.

The Cougars kept the energy up in the second half, outscoring Trinidad 19-14 in the third for a 76-33 lead. Trinidad outscored WNCC in the fourth quarter 14-13, but it was a little too late.

WNCC had four players in double figures. Morehouse and Valcheva led the way with 17 followed by Lidsey Mahoukou with 14 and Maddy Campbell with 13. Mahoukou also had eight rebounds for the Cougars.

R’Manie Pulling finished with nine points but had five assists in the contest.

WNCC, 19-1, will be back in action Friday when they face Otero Junior College at Cougar Palace. Otero is undefeated in South sub-region play and were 14-3 on the season coming into Tuesday.