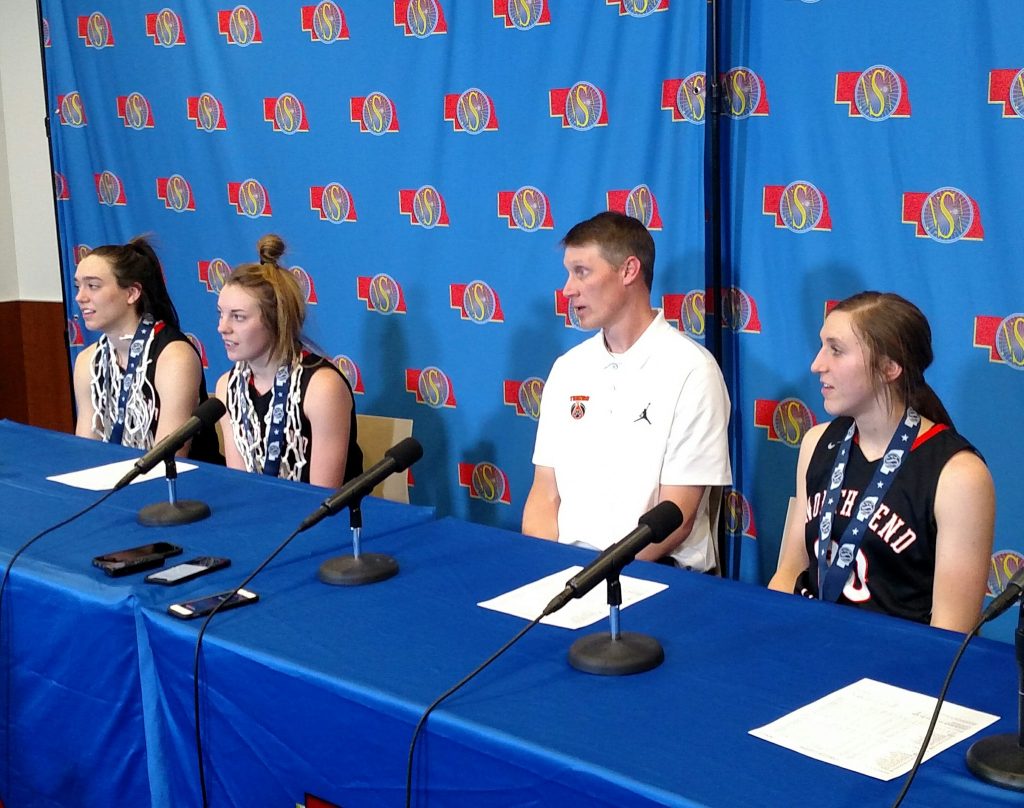 LINCOLN – The old adage that defense wins championship was certainly true for the North Bend Central Tigers, as they defeated Lincoln Christian 48-32 on Saturday to win the Class C1 girls state basketball championship, played at Pinnacle Bank Arena and aired on 107.9 The Bull.

The Tigers held the Crusaders to just 36.1 percent shooting, including forcing them to go 2-15 from three point range. NBC also out-rebounded Lincoln Christian 38-21, including 19 offensive rebounds.

The Tigers then added 15 points in the second quarter, and took a 28-17 lead into halftime.

Another strong period saw the Tigers outscore the Crusaders in the third, 14-9, allowing NBC to slow down pace of play and run clock in the fourth.

Both teams scored just six points in the fourth quarter, but that was all NBC would need, preserving the 48-32 victory.

Sydney Emanuel scored 12 points to lead NBC, including a 6-7 performance at the free throw line. Lauren Emanuel and Kaitlyn Emanuel each had six points for the Tigers.

This is the third overall state championship for North Bend Central, with their previous two titles coming in Class C1 in 1999 and 2001.