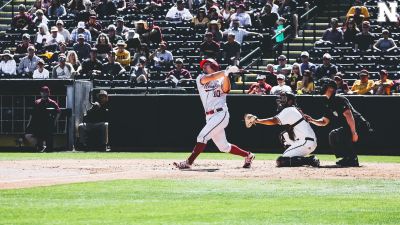 On the season, Povich has a team-high 22 strikeouts and only one walk. Paul Tillotson came out of the bullpen for 3.0 innings, allowing a pair of runs, before Trey Kissack pitched the final 1.0 inning in scoreless fashion. As a pitching staff, the Huskers didn’t allow any walks on Sunday. The Huskers return to action next weekend when they open their home schedule with a four-game series against Columbia at Hawks Field. Tickets for the series, which begins Friday at 1:35 p.m. (CT), can be purchased by visiting Huskers.com/tickets.