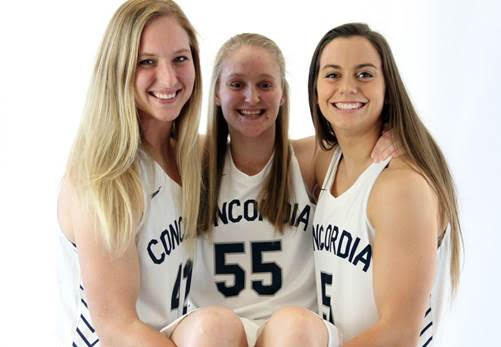 SEWARD, Neb. – As expected, the Concordia University women’s basketball program will begin another season as the favorite in the GPAC. The Bulldogs grabbed 11 of 12 first-place votes (coaches are not allowed to vote for their own team) in the 2019-20 GPAC Women’s Basketball Preseason Coaches’ Poll released on Friday (Oct. 18). Head coach Drew Olson’s squad collected a total of 121 points in the ranking.

Concordia has had no problem playing the role of favorite in recent seasons. The Bulldogs have swept GPAC regular season and tournament titles in each of the past three campaigns while being picked No. 1 in the conference preseason poll prior to the 2017-18 and 2018-19 seasons.

Says Olson, “From an X’s and O’s standpoint we’re able to pick up right where we were last year and add some new things to this group. I think our kids do a great job of continuing to pass down those expectations and the standards that we live by. It makes coaching a whole lot easier but I know this is still a new group with a different dynamic. We keep having to teach it over and over again. I love what I’ve seen so far.”

The action will get started next week with the Bulldogs taking on NCAA Division I Creighton University (exhibition game) in Omaha at 7 p.m. CT on Tuesday (Oct. 22). Concordia will officially open the season next Friday and Saturday (Oct. 25-26) at the College of the Ozarks Classic in Point Lookout, Mo.