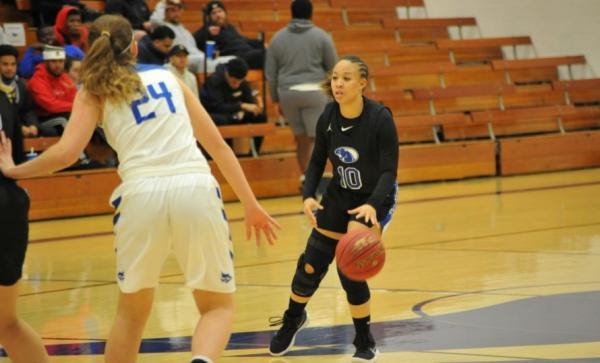 Hillsboro, KAN. – York College came back in the third quarter to take a three-point lead into the final quarter. However, a strong Tabor College was able to survive at home with a 50-44 win.

After trailing by seven at the break York erupted in the third quarter scoring 18 points to just eight by the Bluejays. Unfortunately, the Bluejays came out in the fourth quarter firing on all cylinders with a 10-0 run to start the quarter. Eleven of Tabor’s 22 points in the quarter came off of turnovers.

The biggest difference in the game was rebounding and free throws. The Bluejays held a 43-33 advantage on the boards, which was noticeable in the second-chance point category. Tabor held a 13-0 advantage there. As far as free throws the Panthers only attempted five on the night. The Bluejays, on the other hand, were much more comfortable on the line as they shot 24 times and converted on 18 of them.

York will host Kansas Wesleyan on Saturday with the game slated for 5:00 p.m.