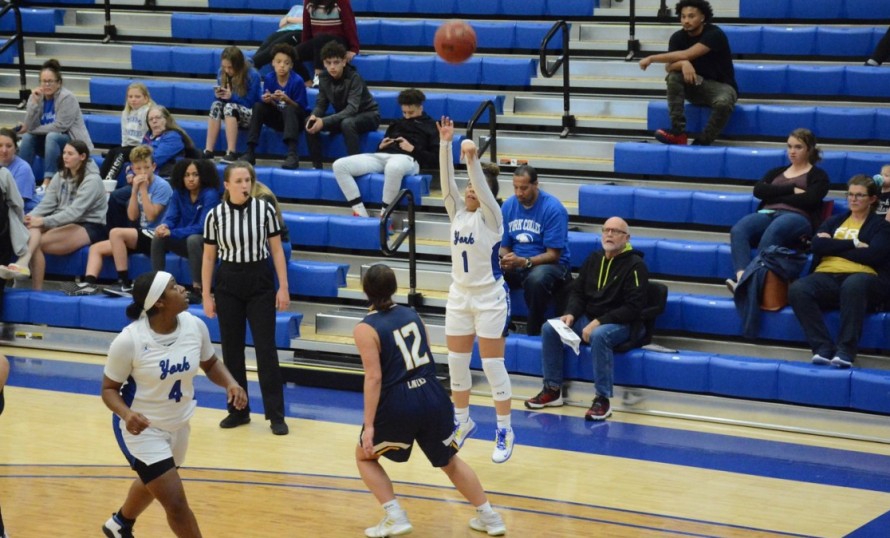 York controlled both offensive and defensive boards all night with a total of 41 to 24. Amaia Diez (SO/Pamplona, Spain) led the Panthers in scoring with a total of 12 points, followed by Kendall Fike (SR/Ada, Okla.) with 10, and TaShay Jackson (SR/New Rochelle, N.Y.) and Julia Trujillo (JR/Denver, CO) both scoring eight points each. The Panthers outscored LBU in both the first and third quarters but were unable to secure the fourth quarter as they made just 14 points in comparison to the 18 that LBU made, ending the game 65 to 59 in favor of Lindenwood- Belleville. LBU’s Brianna Mueller led her team in scoring with 37 points.

On day two of the Benedictine Classic, York faced Benedictine University. The Panthers had a great first half, tying both first and second quarter scores, going into the locker room tied at 29 points. Benedictine came out of halftime and scored 24 to Panthers 15 points in the third quarter, and then 21 to 10 points in the fourth quarter. Kiara Pesina (SO/San Antonio, Texas) led the Panthers with 17 points, Amaia Diez trailing behind her with 16 of the Panther’s points. Panthers secured a total of 33 rebounds, led by Maria Lopez (SR/Mendota, Calif.) with three offensive and five defensive rebounds. Panthers were unable to hold out against Benedictine, losing 74 to 54.

The Panthers will be back in action when they open KCAC play against Avila University at home in the Freeman Center on Wednesday, November 13 at 6:00 p.m.